1 : to charge or entreat earnestly or solemnly "I conjure you … to weigh my case well … "— Sheridan Le Fanu
2a : to summon by or as if by invocation or incantation
b(1) : to affect or effect by or as if by magic
(2) : imagine, contrive —often used with up We conjure up our own metaphors for our own needs …— R. J. Kaufmannconjured up a clever plan to raise the money
(3) : to bring to mind words that conjure pleasant images —often used with up conjure up memories

1a : to summon a devil or spirit by invocation or incantation
b : to practice magical arts … prayed and conjured, but all was useless …— Herman Melville
2 : to use a conjurer's tricks : juggle
conjure with
chiefly British : to treat or regard as important Victor Hugo is a name to conjure with …— Peter France
Synonyms More Example Sentences Phrases Containing conjure Learn More About conjure

Examples of conjure in a Sentence

These example sentences are selected automatically from various online news sources to reflect current usage of the word 'conjure.' Views expressed in the examples do not represent the opinion of Merriam-Webster or its editors. Send us feedback.

First Known Use of conjure

History and Etymology for conjure

Middle English, from Anglo-French conjurer, from Latin conjurare to join in taking an oath, from com- + jurare to swear — more at jury

The first known use of conjure was in the 13th century 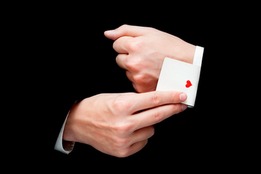 But what are the magic words, exactly?

1 : to practice magical arts
2 : imagine sense 1 conjure up an image
3 : to produce by or as if by magic Conjuring up portable, waterproof fires was a specialty of Hermione's.— J. K. Rowling, Harry Potter and the Chamber of Secrets

More from Merriam-Webster on conjure