1 : sympathy with another in sorrow
2 : an expression of sympathy —usually plural The bereaved family received many condolences.
Choose the Right Synonym Condolence and Condolences Example Sentences Learn More About condolence

Choose the Right Synonym for condolence

pity, compassion, commiseration, condolence, sympathy mean the act or capacity for sharing the painful feelings of another. pity implies tender or sometimes slightly contemptuous sorrow for one in misery or distress. felt pity for the captives compassion implies pity coupled with an urgent desire to aid or to spare. treats the homeless with great compassion commiseration suggests pity expressed outwardly in exclamations, tears, or words of comfort. murmurs of commiseration filled the loser's headquarters condolence applies chiefly to formal expression of grief to one who has suffered loss. expressed their condolences to the widow sympathy often suggests a tender concern but can also imply a power to enter into another's emotional experience of any sort. went to my best friend for sympathy in sympathy with her desire to locate her natural parents

When used in the singular, condolence generally refers to sympathetic sorrow, and particularly sorrow with regard to the loss of life. It is used when speaking indirectly of that shared sorrow:

and often in a modifying position:

Still, although I felt for him, I barely knew the guy. Would it be inappropriate to pay a condolence call? Did they want their privacy?
— Alan Gelb, The New York Times Magazine, 7 Jan. 1990

The plural condolences, on the other hand, is often used specifically for an expression of sympathy, and most often appears in the construction my condolences, which is used to communicate sympathy. While condolences is often used to share sorrow over a death:

it can also be used of anything perceived of as a misfortune:

The odds of getting Apert syndrome are about the same as getting killed by lightning: 1 in 100,000. Indeed, for his family, Nate's birth was a lightning bolt: it came from the blue and was a shock to the system. Instead of getting congratulatory notes, the couple got condolences.
Bella English, Boston Globe, 1 Oct. 2000

Within mere hours of Ted Lambros's rejection for tenure at Harvard, communications began to pour in from every important university center of the United States. Some were simply to express condolences.
— Erich Segal, The Class, 1985

Condolences is sometimes used humorously, whereas condolence is not:

Tell someone you're from Buffalo, and you get the Look: If pity and condescension got it on, this is the baby they'd make. Something in the eyes that offers condolences for everything from playing childhood games in a frozen tundropolis to four straight Super Bowl losses.
— Nick Bakay, ESPN, 28 June 1999

Condolences is the more common form of the word, and should be used when expressing your sympathy at someone’s loss.

Examples of condolence in a Sentence

The governor issued a statement of condolence to the victims' families. We wish to express our sincere condolences to your family.
Recent Examples on the Web Norway’s prime minister, Jonas Gahr Store, posted a message of condolence on Twitter on Saturday morning. — New York Times, 19 Mar. 2022 Fans were encouraged to write notes of condolence and love to the family. — Joseph Hudak, Rolling Stone, 18 Mar. 2022 On Twitter today, Geoffrey Onyeama, the minister of foreign affairs, posted about his condolence visit to the Kenyan high commission. — Alexander Onukwue, Quartz, 22 Feb. 2022 In the days before the funeral, several thousand people paid their respects to Tutu by filing by his casket in the cathedral and signing condolence books. — Andrew Meldrum, ajc, 1 Jan. 2022 Mackintosh has opened a condolence book at the Sondheim Theatre. — Naman Ramachandran, Variety, 29 Nov. 2021 Fewer than a dozen condolence payments were made, even though many survivors were left with disabilities requiring expensive medical care. — New York Times, 18 Dec. 2021 The Pentagon statement came after Ahmadi's family members in Kabul complained that U.S. officials had not contacted them about relocating to the United States or offering condolence payments. — Arkansas Online, 16 Oct. 2021 Despite her illness, the queen’s household has continued to release traditional royal statements, including a message of condolence to the President of Brazil following flooding in the city of Petrópolis. — NBC News, 22 Feb. 2022 See More

These example sentences are selected automatically from various online news sources to reflect current usage of the word 'condolence.' Views expressed in the examples do not represent the opinion of Merriam-Webster or its editors. Send us feedback.

First Known Use of condolence

History and Etymology for condolence

The first known use of condolence was in 1603 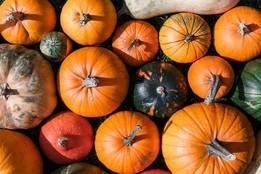 More from Merriam-Webster on condolence

Thesaurus: All synonyms and antonyms for condolence