: a place where large numbers of people (such as prisoners of war, political prisoners, refugees, or the members of an ethnic or religious minority) are detained or confined under armed guard —used especially in reference to camps created by the Nazis in World War II for the internment and persecution of Jews and other prisoners The Nazi soldiers hauled [Mordechai] Strigler off to a concentration camp, and carved swastikas into his cheeks and forehead with a razor blade. Over the next five years, he was sent from one concentration camp or slave-labor camp to another.— David RemnickShe ended up dying in a concentration camp, just a few months before she would have been liberated.— Marilyn ReynoldsThe V2 killed thousands of British civilians while 20,000 concentration camp inmates died as slave labourers during its manufacture in the closing stages of the second world war.— Anna Tomforde et al. — see also death camp

Recent Examples on the Web DeSantis, a Republican, was present when the first shots were given to homebound seniors, including one given to Holocaust survivor Judy Rodan, 83, who lived through the Auschwitz concentration camp. — Mica Soellner, Washington Examiner, "Florida governor to prioritize Holocaust survivors for COVID-19 vaccine," 4 Feb. 2021 As a teenager during World War II, Anita Rowden narrowly escaped a Nazi work camp, traversed several European countries on foot and finally managed to reunite with her mother, who had just been liberated from a concentration camp. — Erin Adler, Star Tribune, "Anita Rowden, Holocaust survivor and subject of book about her WWII experiences, dies at 93," 29 Oct. 2020 By marking herself with a concentration camp number, Highsmith was trying to provoke her guests, who eventually left. — Tim Diovanni, Dallas News, "Fort Worth-born author Patricia Highsmith left behind a complicated, messy legacy," 1 Feb. 2021 The German phrase was inscribed on the iron arch that stood at the gates of Auschwitz, a concentration camp where more than 1.1 million people were killed during the Holocaust. — Mike Brest, Washington Examiner, "Man in 'Camp Auschwitz' sweatshirt at Capitol riot arrested," 13 Jan. 2021 Earlier, a 96-year-old World War II veteran recalled helping liberate the Dachau concentration camp in Germany in 1945. — Arkansas Online, "OPINION | DEBRA HALE-SHELTON: The inside scoop on newsroom goings-on," 14 Dec. 2020 They were separated from their brother, Abe, who was sent to Dachau concentration camp. — Zoë Jackson, Star Tribune, "Judy Meisel, Holocaust survivor and activist, dies at 91," 9 Nov. 2020 Rather, we were silenced and made to feel inconsequential – a virtual concentration camp. — San Diego Union-Tribune, "Commentary: Arab culture has contributed to the building of San Diego. Arab Americans are here to stay.," 4 Nov. 2020 In the immediate aftermath of World War II, upward of six million concentration camp survivors, prisoners of war, enslaved laborers, Nazi collaborators and political prisoners flocked to Germany. — Claire Bugos, Smithsonian Magazine, "The Little-Known Story of World War II’s ‘Last Million’ Displaced People," 15 Sep. 2020 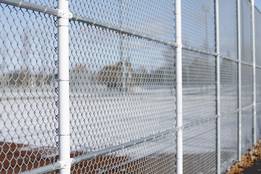