Communism and socialism are both frequently contrasted with capitalism and democracy, though these can be false equivalencies depending on the usage. Capitalism refers to an economic system in which a society’s means of production are held by private individuals or organizations, not the government, and where products, prices, and the distribution of goods are determined mainly by competition in a free market. As an economic system, it can be contrasted with the economic system of communism, though as we have noted, the word communism is used of both political and economic systems. Democracy refers not to an economic system but to a system of government in which supreme power is vested in the people and exercised through a system of direct or indirect representation which is decided through periodic free elections. For discussion about whether the United States is accurately described as a democracy or as a republic, see the article here.)

Capital is wealth—that is, money and goods—that's used to produce more wealth. Capitalism is practiced enthusiastically by capitalists, people who use capital to increase production and make more goods and money. Capitalism works by encouraging competition in a fair and open market. Its opposite is often said to be socialism. Where a capitalist economy encourages private actions and ownership, socialism prefers public or government ownership and control of parts of the economy. In a pure capitalist system, there would be no public schools or public parks, no government programs such as Social Security and Medicare, and maybe not even any public highways or police. In a pure socialist system, there wouldn't be any private corporations. In other words, there's just about no such thing as pure capitalism or pure socialism in the modern world.

Examples of capitalism in a Sentence

Capitalism is at once far too rational, trusting in nothing that it cannot weigh and measure, and far too little as well, accumulating wealth as an end in itself. — Terry Eagleton, Harper's, March 2005 The United States has assumed a global burden—not just fighting terrorism and rogue states, but spreading the benefits of capitalism and democracy … — Brian Urquhart, New York Review Of Books, 9 Oct. 2003 The city was then the great maw of American capitalism. — Christopher Hitchens, Atlantic, August 2002 I am not the first to point out that capitalism, having defeated Communism, now seems to be about to do the same to democracy. The market is doing splendidly, yet we are not, somehow. — Ian Frazier, On The Rez, 2000 Even Cuba's famed health-care system has been unable to resist the siren song of capitalism. The Frank Pais Hospital … now offers "for pay" surgery to foreigners. — Ann Louise Bardach, Vanity Fair, March 1995
See More

Recent Examples on the Web In December 2019, a Fox News poll found an uptick in favorable views of socialism, although capitalism remained far more popular. — Fox News, "'Conservative Squad' co-founder: Democratic socialist ideology must be stopped," 9 Feb. 2020 The list recognized 10 Opportunity Zone Funds and 10 Opportunity Zone community organizations that show how OZ policy can be used as a powerful tool to promote responsible capitalism. — Anna Beahm | Abeahm@al.com, al, "Forbes puts Opportunity Alabama among best," 6 Feb. 2020 Warren's core issues of fighting corruption, cronyism, and monopoly capitalism are a good fit for New Hampshire. — Noah Millman, TheWeek, "Elizabeth Warren's last chance," 6 Feb. 2020 Some of its adherents favor dismantling the entirety of global capitalism, not just the fossil-fuel industry. — John Cassidy, The New Yorker, "Can We Have Prosperity Without Growth?," 3 Feb. 2020 Rejecting consumerism and capitalism, communities tend their own livestock, gardens, and facilities, and share among themselves. — Krista Stevens, Longreads, "Science Says Life is Better in Intentional Communities," 28 Jan. 2020 Less persuasive is his prognostication for global capitalism’s future. — Joseph C. Sternberg, WSJ, "‘Capitalism, Alone’ Review: Inclined Toward Inequality," 20 Jan. 2020 But in many eyes Davos is the apotheosis of global capitalism, which is on the back foot. — The Economist, "A tour of the Magic Mountain Can the World Economic Forum keep its mojo?," 16 Jan. 2020 In a tableau for our age, the crisis of global capitalism was set off earlier this month by an opinionated gamer and a white guy with a loose tweet. — Daniel Foster, National Review, "Progressive Woke, Communist Yoke," 24 Oct. 2019

These example sentences are selected automatically from various online news sources to reflect current usage of the word 'capitalism.' Views expressed in the examples do not represent the opinion of Merriam-Webster or its editors. Send us feedback.

First Known Use of capitalism

History and Etymology for capitalism

The first known use of capitalism was in 1833

The events that drove the top look-ups in 2015. 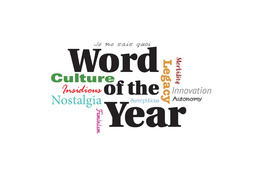 Editors Choose Their Favorite Words from the Past Decade

Capitalism is an economic and social system in which participants privately own the means of production -- called capital. Free market competition, not a central government or regulating body, dictates production levels and prices.

Under capitalism, prices and wages are determined by the forces of supply and demand.

Members of a capitalist economy are driven to obtain the maximum amount of utility ("benefit" or "profit") at the least cost. Privately owned industry caters to a consumer sector that wants goods and services of the highest value for the lowest price. Competition forces companies to keep prices low to attract consumers. The role of government in a capitalist society is to protect the legal rights of actors in the economy, not to regulate the free market system.

In capitalism, the most effective companies are those that create the greatest amount of utility. The most inefficient companies will be forced out of the market when the consumer discovers he can obtain the same goods for a lower cost elsewhere.

Capitalism characterizes the behavior of the global economy. Since the disintegration of the Soviet Union, capitalism has become the dominant economic system worldwide.

Capitalism is often considered the antithesis of Socialism -- an economic and political system where the ownership of capital (the means of production) is commonly owned. Socialist industry and production is regulated by the central government.

The Efficient Market hypothesis, an ideal of capitalism, states that finance market prices are always at the correct level at any given time considering all public information and expectations. Supporters of this theory believe that prices are necessarily always fair and correct. Dissidents believe that prices are often the result of random mistakes and misunderstandings and do not always represent the true value of a stock.

Through the ongoing balancing act of supply and demand, a capitalist economy is constantly striving to reach a level of long-term equilibrium where supply matches demand causing prices to stabilize. In the real world, political policy, natural weather events, consumer confidence and a whole host of other outside effects constantly affect the market, making the long-term equilibrium goal nearly impossible to achieve.

: a way of organizing an economy so that the things that are used to make and transport products (such as land, oil, factories, ships, etc.) are owned by individual people and companies rather than by the government

: a system under which the ownership of land and wealth is for the most part in the hands of private individuals

More from Merriam-Webster on capitalism

What made you want to look up capitalism? Please tell us where you read or heard it (including the quote, if possible).