: to utter the characteristic loud harsh cry of a donkey
a braying donkey
also : to utter a sound like a donkey's
bray with laughter

: to utter or play loudly or harshly
"I'm the best!" he brayed.
bray noun

1
: to crush or grind fine
bray seeds in a mortar
2
: to spread thin
bray printing ink

Recent Examples on the Web
Verb
Leagues and team owners and sponsors will bray against it, because of their insatiable desire to make money, money and more money. —

Kurt Streeter, New York Times, 16 Dec. 2021 Brees and everyone else who’s brayed about Kaepernick disrespecting the anthem or the flag fails to realize that those are symbols for the ideals and rights enshrined in our Constitution. —

Nancy Armour, USA TODAY, 3 June 2020 When Emily picked up dinner recently at a local restaurant, a couple of braying young customers laughed at her mask. —

BostonGlobe.com, 9 Oct. 2019 The most obvious failure of our Constitution is President Trump himself, of course, who is exactly the sort of corrupt, braying champion of the mob that our Founding Fathers devoted so much time and effort to keeping out of the presidency. —

Jason Gay, WSJ, 16 Dec. 2018 Is there anything worse, anything less conducive to the enjoyment and understanding of the beautiful game, than a round table of former professionals braying platitudes at one another beneath the unforgiving lights of a TV studio? —

These example sentences are selected automatically from various online news sources to reflect current usage of the word 'bray.' Views expressed in the examples do not represent the opinion of Merriam-Webster or its editors. Send us feedback. 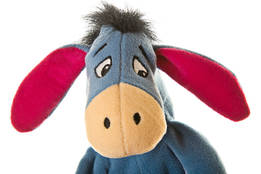 verb
ˈbrā
1
: to utter the loud harsh cry of a donkey
2
: to produce a sound like the call of a donkey
bray noun

town and port on the Irish Sea in eastern Ireland population 25,101

More from Merriam-Webster on bray