-ˈkȯs,
bē-
1
: for the reason that : since
rested because he was tired
2
: the fact that : that
The reason I haven't been fired is because my boss hasn't got round to it yet.

informal
: by reason of : because of
But the Conservatives voted against the amendment—because politics. And so did the Liberals.

Michael Spratt
—often used in a humorous way to convey vagueness about the exact reasons for something
A slow thaw is the best thaw. Drastic temperature changes mess with the molecules in food, you know, because science.

Bon AppétitMuch like most of the books I read back then [as a child], things were presented as is, and you didn't really question it. Yes, … that dog is the size of a house, because reasons?

Can you begin a sentence with because? Yes, and the reason is because . . .

Because has been the subject of a number of quibbles relating to its grammar and usage. Two of the more common ones are the notion that a sentence should never begin with because and the idea that the phrase “the reason is because” is somehow improper.

Although the construction appears to be more common in magazine and newspaper writing than in formal prose, beginning a sentence with because is both acceptable and widespread.

The prohibition against “the reason is because” is rooted partly in the idea that it is redundant (that is, akin to writing “the reason is for the reason that”). However, because may have the meaning “that” when it introduces a clause that functions as a noun in a sentence ("What is the reason for your delay?" "It is because my car broke down."). There is considerable evidence of this sort of use among some of our language’s most celebrated writers going back at least as far as the 16th century.

Conjunction I ran because I was afraid. “Why did you do it?” “Because she told me to.”

Middle English because that, because, from by cause that

2012, in the meaning defined above

Articles Related to because 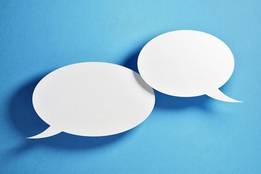 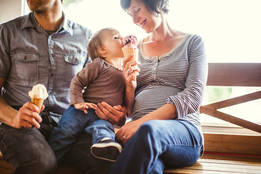 Dictionary Entries Near because

: for the reason that

More from Merriam-Webster on because

Nglish: Translation of because for Spanish Speakers

Britannica English: Translation of because for Arabic Speakers