plural apologies
1
a
: an admission of error or discourtesy accompanied by an expression of regret
a public apology
b
apologies plural : an expression of regret for not being able to do something
I won't be able to attend. Please give them my apologies.
2
a
: something that is said or written to defend something that other people criticize : defense
The book is an apology for capitalism.
b
: excuse sense 2a
3
informal : a poor substitute or example : makeshift
He's a poor apology for a father.

Choose the Right Synonym for apology

apology usually applies to an expression of regret for a mistake or wrong with implied admission of guilt or fault and with or without reference to mitigating or extenuating circumstances.

apologia implies not admission of guilt or regret but a desire to make clear the grounds for some course, belief, or position.

his speech was an apologia for his foreign policy

excuse implies an intent to avoid or remove blame or censure.

used illness as an excuse for missing the meeting

plea stresses argument or appeal for understanding or sympathy or mercy.

her usual plea that she was nearsighted

pretext suggests subterfuge and the offering of false reasons or motives in excuse or explanation.

used any pretext to get out of work

alibi implies a desire to shift blame or evade punishment and imputes mere plausibility to the explanation.

his alibi failed to stand scrutiny

Recent Examples on the Web Irving issued an apology later in the week, and reiterated some of his thoughts before Sunday's game.

Althea Legaspi, Rolling Stone, 19 Nov. 2022 The policy changes went into effect nearly two months after the school issued an apology and a second update was posted to announce additional actions to prevent similar issues in the future.

Brahmjot Kaur, NBC News, 18 Nov. 2022 The sheriff also issued an apology to the family of a man who had been wrongfully arrested in connection with the case.

Michael Ruiz, Fox News, 5 Nov. 2022 Martinez issued an apology and stepped down as president on Monday.

These example sentences are selected automatically from various online news sources to reflect current usage of the word 'apology.' Views expressed in the examples do not represent the opinion of Merriam-Webster or its editors. Send us feedback. 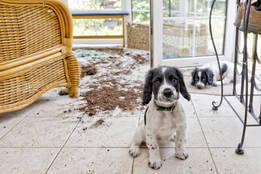 plural apologies
1
: an expression of regret (as for a mistake or for rudeness)
2
: a poor example

More from Merriam-Webster on apology