1 : a person who holds the view that any ultimate reality (such as God) is unknown and probably unknowable broadly : one who is not committed to believing in either the existence or the nonexistence of God or a god
2 : a person who is unwilling to commit to an opinion about something political agnostics

Definition of agnostic (Entry 2 of 2)

1 : of, relating to, or being an agnostic : involving or characterized by agnosticism
2 : noncommittal, undogmatic
3a : not preferring a particular device or system —usually used after a noun "Children are platform agnostic," said Alice Cahn, vice-president of development for Cartoon Network. "If you want to look foolish with a preschooler, say, 'Sorry, you can't watch that. It's not on.' It's TiVoed, it's online, it's on video on demand." — Business Wire
b : designed to be compatible with different devices (such as computers or smartphones) or operating systems —usually used after a noun content that is OS agnostic —often used in combination The application is platform-agnostic, so it can work on your tablet or cell phone.
How Agnostic Differs From Atheist More Example Sentences Learn More About agnostic

How Agnostic Differs From Atheist

Many people are interested in distinguishing between the words agnostic and atheist. The difference is quite simple: atheist refers to someone who does not believe in the existence of a god or any gods, and agnostic refers to someone who doesn’t know whether there is a god, or even if such a thing is knowable. This distinction can be troublesome to remember, but examining the origins of the two words can help.

Agnostic first appeared in 1869, (possibly coined by the English biologist Thomas Henry Huxley), and was formed from the Greek agnōstos (meaning "unknown, unknowable"). Atheist came to English from the French athéisme. Although both words share a prefix (which is probably the source of much of the confusion) the main body of each word is quite different. Agnostic shares part of its history with words such as prognosticate and prognosis, words which have something to do with knowledge or knowing something. Atheist shares roots with words such as theology and theism, which generally have something to do with God.

Examples of agnostic in a Sentence

Noun Even polytheists … were in fact tolerated, as Islamic rule spread to most of India. Only the total unbeliever—the agnostic or atheist—was beyond the pale of tolerance … — Bernard Lewis, Islam in History, 1993 Supporters of education vouchers … will love what Norman Macrae has to say on the subject. Teachers' unions and other opponents of vouchers … will deplore it. Voucher agnostics (and I include myself) might find that the proposal not only answers most doubts but also makes sense on issues they've never much thought about. — William Raspberry, Springfield (Massachusetts) Union, 14 Aug. 1987 I call myself an agnostic. I do not really have any faith, any coherent religious faith, and yet the one thing in my life that I feel passionate and evangelical about is poetry. — Maxine Kumin, "An Interview at Interlochen," 1977, in To Make a Prairie,  1979 Adjective Cladistics classifies organisms in nested hierarchies based exclusively on their order of branching. (I should say that I am quite agnostic about this theory, so I do not write as a shill.) — Stephen Jay Gould, Natural History, March 1995 The composition comes alive in stanzas V and VI. This is the dark night. I hoped my readers would remember John of the Cross's poem. My night is not gracious, but secular, puritan, and agnostic. An existentialist night. — Robert Lowell, Collected Prose, 1987 … I thought that by the time I was past thirty-five—at the very least agnostic and surely swept by the bleak winds of existentialism—I had abandoned the Presbyterian precepts of my childhood. — William Styron, This Quiet Dust and Other Writings, 1982 See More
Recent Examples on the Web: Noun Thåström is written as a harsh existentialist, political and speaks succinctly, while Cave is the opposite, a struggling Dionysian agnostic, and a romantic dreamer who swims in words. — Alex Ritman, The Hollywood Reporter, 14 June 2022 CISOs must now devise strategies to ensure that data is protected (often at the record level) in a manner agnostic to where it is stored or processed. — Ameesh Divatia, Forbes, 2 June 2022 Neither of us -- Arin, a Jewish atheist, nor I, a Catholic agnostic -- ever felt comfortable with the masses, the crossings, the acts of adoration, all the trappings of institutional religion. — Dave Lucas, CNN, 15 Apr. 2022 Still, despite that designation, the space is content-agnostic: Kirk hopes to bring in audiovisual experiences focussed on many different industries and subjects—science, music, history, sports. — Anna Wiener, The New Yorker, 10 Feb. 2022 The firm is sector agnostic but is particularly interested in areas like healthtech, supply chain and audio/voice, industries Borok thinks play to Newark’s historical strengths. — Rebecca Szkutak, Forbes, 11 Oct. 2021 For her part, Ms. Butcher is a feminist, a humanist and apparently an agnostic who—for love—tries hard to find some borderland within herself for both these postures. — Richard Adams Carey, WSJ, 6 Jan. 2022 But that was before Joe Biden, noted centrist and policy agnostic, wrestled the White House away from Donald Trump. — Kara Voght, The New Republic, 4 Jan. 2022 For the comics agnostic: the Sinister Six are a collection of six villains that try once in a while to crowdsource the killing of Spider-Man. — Bethy Squires, Vulture, 17 Nov. 2021 Recent Examples on the Web: Adjective Picture a world where big banks talk to coin exchanges, digital currency is blockchain-agnostic, and payments are settled almost immediately. — Maxim Galash, Fortune, 7 June 2022 With slim products that attach in a variety of ways from key rings to adhesives, an app that is hardware-agnostic, and millions of users in its stable network, there’s been little for this cube to fear. — Hunter Fenollol, Popular Mechanics, 25 Aug. 2021 The funding is agnostic about the method used for capture and storage, mentioning that chemical capture, removal by biomass, and sequestration in the ocean are all options. — John Timmer, Ars Technica, 21 May 2022 However, independent analysts remain agnostic about these incidents, or say there are reasonable explanations. — Tim Fernholz, Quartz, 17 May 2022 The conflict in Ukraine has upended the idea that products and services are agnostic. — New York Times, 28 Mar. 2022 But companies that built their fortunes on colonial-era concessionary contracts have historically been agnostic at best about whether democracy and self-determination are good ideas. — Kate Aronoff, The New Republic, 3 Mar. 2022 Around half of tech workers identify as atheist or agnostic, according to a 2018 Lincoln Network survey. — Peter Rex, WSJ, 10 Feb. 2022 In other words, stay agnostic in your approach to integrating systems as well as building components within your existing framework. — Greg Kihlstrom, Forbes, 18 May 2022 See More

These example sentences are selected automatically from various online news sources to reflect current usage of the word 'agnostic.' Views expressed in the examples do not represent the opinion of Merriam-Webster or its editors. Send us feedback.

First Known Use of agnostic

History and Etymology for agnostic

The first known use of agnostic was in 1861 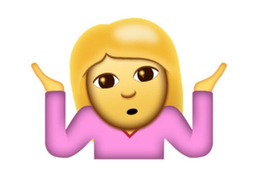 Yes, it's different from 'atheist' 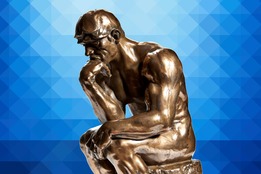 More from Merriam-Webster on agnostic

Thesaurus: All synonyms and antonyms for agnostic