: a disciplinary proceeding at which an admiral in the U.S. Navy hears and disposes of cases against warrant officers and commissioned officers charged with an offense The admiral's mast is expected to include a formal letter of reprimand for Commander Waddle, which will effectively end the career of an officer who had been considered a rising star in the submarine corps.— Steven Lee Myers, New York Times, 20 Apr. 2001

First Known Use of admiral's mast

The first known use of admiral's mast was in 1981 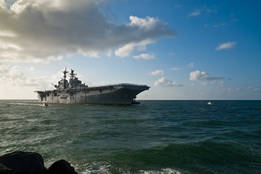 A massive search ends with an 'admiral's mast'.

admiral of the fleet