1
formal : to abolish by authoritative action : annul
abrogate a treaty
2
formal : to treat as nonexistent : to fail to do what is required by (something, such as a responsibility)
The company's directors are accused of abrogating their responsibilities.
3
formal : to suppress or prevent (a biological function or process and especially an immune response)
Continued progress in measurement and characterization of antibodies and strategies to abrogate antibody production both prior to and following heart transplant have been encouraging.

If you can't simply wish something out of existence, the next best thing might be to "propose it away." That's more or less what abrogate lets you do—etymologically speaking, at least. Abrogate comes from the Latin root rogāre, which means "to propose a law," and ab-, meaning "from" or "away." Proposals aside, there’s no abrogating our responsibility to report that rogāre is the root of a number of English words, including prerogative, derogatory, arrogant, surrogate, and interrogate.

Abrogate and arrogate may easily be confused because they look and sound alike and are infrequently used and therefore unfamiliar. Despite their apparent similarities, these two words have markedly different meanings and do not share an origin. Abrogate (“ to abolish by authoritative action”) comes from the Latin abrogāre, meaning “to repeal (a law).” Arrogate (“to claim or seize without justification”) shares its etymology with arrogant; both may be traced to the Latin verb arrogāre, meaning “to appropriate to oneself.”

Should you abdicate, abrogate, abjure, or just resign?

Several words may be confused with abdicate through either a similarity of sound or of meaning. Among these are abrogate, abjure, and resign. All of these words have multiple meanings that are quite distinct from one another, yet each also has a degree of semantic overlap that renders them nearly synonymous with at least one of the others.

Abdicate is most often used to describe a head of state or member of a royal family voluntarily renouncing a position. It may also refer to the act of failing to fulfill a duty a responsibility. It shares this second meaning with abrogate (although the “failing to fulfill one’s duty” sense of this word is more common in the United Kingdom than in the United States). The senses of abrogate most commonly found are “to annul” or “to do away with.”

Abjure may be used to mean “to abstain from” or “to give up,” but often is used with the meaning of “to disclaim formally or renounce upon oath” (it comes from the Latin jurare, meaning “to swear”).

And finally, resign is often used with the meaning of “to give up one’s office or position.”

Despite the similarities among these words, they tend to be used in fairly specific settings. You would not typically tell your employer that you are abdicating your position in order to look for a better job; you would say that you are resigning. And when the king of a country renounces his claim on the throne to marry his one true love, he would be said to abdicate, rather than resign, his position.

Choose the Right Synonym for abrogate

nullify implies counteracting completely the force, effectiveness, or value of something.

a penalty nullified the touchdown

negate implies the destruction or canceling out of each of two things by the other.

the arguments negate each other

the treaty annuls all previous agreements

abrogate is like annul but more definitely implies a legal or official act.

a law to abrogate trading privileges

invalidate implies making something powerless or unacceptable by declaration of its logical or moral or legal unsoundness.

the court invalidated the statute

If UAL continues to bleed red ink, some analysts say bankruptcy—which would allow it to abrogate its union contracts—may be its only hope.

Business Week, 12 Nov. 2001 We may not always like what we hear but we are always the poorer if we close down dialogue; if we abrogate free speech, and the open exchange of ideas.

Nikki Giovanni, Sacred Cows … and Other Edibles, 1988 For their part, some of the pipeline companies saddled with these contracts for high-priced, deregulated gas have declared that they will simply abrogate them …

Barry Commoner, New Yorker, 2 May 1983 The company's directors are accused of abrogating their responsibilities. the U.S. Congress can abrogate old treaties that are unfair to Native Americans
Recent Examples on the Web Putin could decide to abrogate the treaty and test regardless, but that seems unlikely.

Kyle Mizokami, Popular Mechanics, 20 Oct. 2022 The bill would effectively abrogate a 2012 Supreme Court case which significantly limited the ability for states to be involved in immigration enforcement.

Adam Shaw, Fox News, 27 Sep. 2022 Promote the Vote denies that its proposal, if adopted by voters, would abrogate the constitutional provisions alleged by Defend Your Vote, the group that filed the challenge.

Detroit Free Press, 1 Sep. 2022 Tensions flared between the groups, particularly over moves in 1989 by Yugoslav President Slobodan Milosevic, a nationalist Serb, to abrogate the autonomy of Kosovo enshrined in the Yugoslav constitution.

Annabelle Timsit, Washington Post, 31 July 2022 What Britain has is a prime minister with instincts, sometimes good, sometimes bad, who almost as a point of principle refuses ever to temper or abrogate them in any way.

Tom Mctague, The Atlantic, 5 July 2022 But Saied’s steps to abrogate the country’s institutions or place them under his control have raised alarms among democracy and human rights advocates in Tunisia and abroad — including the United States.

Washington Post, 30 Mar. 2022 After the meeting, McKay and McCabe suggested the highway be renamed in honor of astronaut John Glenn, which would abrogate the need for new road signs.

James Brooks, Anchorage Daily News, 4 Mar. 2022 The Russian Foreign Ministry had earlier demanded that NATO officially abrogate a 2008 promise, known as the Bucharest Declaration, that Ukraine and Georgia would be welcomed into the alliance.

These example sentences are selected automatically from various online news sources to reflect current usage of the word 'abrogate.' Views expressed in the examples do not represent the opinion of Merriam-Webster or its editors. Send us feedback.

borrowed from Latin abrogātus, past participle of abrogāre, "to repeal (a law), repudiate, cancel," from ab- ab- + rogāre "to ask, ask an assembly for approval of" — more at rogation 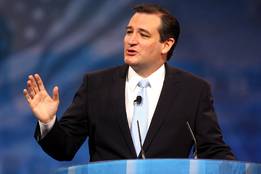 Trending: Cruz Tells Reporters He Is...

abrogated; abrogating
: to do away with or cancel by authority
abrogate a law
abrogation
ˌab-rə-ˈgā-shən

abrogated; abrogating
: to abolish by authoritative, official, or formal action : annul, repeal
a recent addition to [section] 51B abrogates statutory and common-law privileges

History and Etymology for abrogate

Latin abrogare, from ab- off + rogare ask, ask for approval of (a law)

More from Merriam-Webster on abrogate