-ˌbrī,
-ˌbrē
plural in form but singular or plural in construction
: a church service observed during the final part of Holy Week commemorating the sufferings and death of Christ

Note: Also most likely related are Old English þēostre, þīestre "dark, gloomy," Old Frisian thiustere, Old Saxon thiustri, assuming that *-ems-, through shift of m to a nasalized semi-vowel and denasalization, became a diphthong *-iu̯-. Old High German finstar (whence Modern German finster) and Middle Dutch vinster probably go back to a shift of *þim- to *fim- (the initial fricative taking on the labial quality of the following m), with later assimilation of m to n before following -st-.

1651, in the meaning defined above 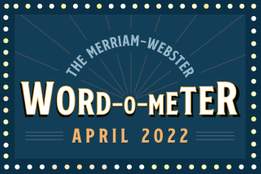 Some interesting stats from the dictionary in April 2022 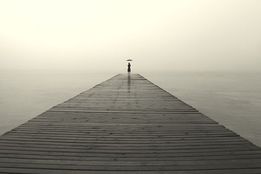 Words for the goth in all of us