: a plump, white-bearded, red-suited, and jolly old man in modern folklore who delivers presents to children at Christmastime There might be a few weeks left until Christmas, but Santa Claus and his merry elves landed early in Bakersfield because several boys and girls on the nice list caught their attention.— Ema Sasic … we had dashed downstairs to the living room to see what Santa had brought and piled up, in great mounds of splendidly wrapped packages, under the Christmas tree—whose angel's halo brushed the ceiling.— Anthony Bailey

First Known Use of Santa Claus

1773, in the meaning defined above

History and Etymology for Santa Claus

The first known use of Santa Claus was in 1773 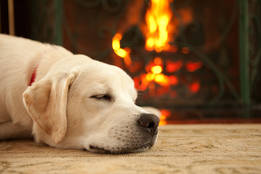 'Wassail', 'Yule', and More: The Stories Behind 8 Holiday Words

: the spirit of Christmas as represented by a plump jolly old man with a white beard who is dressed in a red suit and delivers presents to good children

More from Merriam-Webster on Santa Claus