1
: to make (an idea, belief, etc.) known to many people by open declaration : proclaim
… the huge meeting served primarily as the occasion on which to promulgate the official doctrine …—

Roger Shattuck
From the beginning our objective has been to develop and promulgate new models for the calculus-based introductory course.—

John S. Rigden et al.
2
a
: to make known or public the terms of (a proposed law)
The law was promulgated in February 1993.
b
: to put (a law or rule) into action or force
… more than 200 colleges and universities have promulgated behavioral codes that punish various forms of harassment …—

The origin of promulgate is a bit murky, or perhaps we should say "milky." It comes from Latin promulgatus, which in turn derives from pro-, meaning "forward," and -mulgare, a form that is probably related to the verb mulgēre, meaning "to milk" or "to extract." Mulgēre is an ancestor of the English word emulsion ("mixture of mutually insoluble liquids"), and it is also related to the Old English word that became milk itself. Like its synonyms declare, announce, and proclaim, promulgate means "to make known publicly." It particularly implies the proclaiming of a dogma, doctrine, or law.

Choose the Right Synonym for promulgate

the referee declared the contest a draw

announce implies the declaration of something for the first time.

announced their engagement at a party

the president proclaimed a national day of mourning

promulgate implies the proclaiming of a dogma, doctrine, or law.

promulgated an edict of religious toleration

Her ideas have been widely promulgated on the Internet. The law was promulgated in April 1988.
Recent Examples on the Web To that end, the Department continues to strengthen policies and procedures that promulgate the Diversity and Inclusion and Equal Opportunity missions. —

Robert G. Eccles, Forbes, 29 Dec. 2022 Additionally, the government can promulgate both reassurances that protests will soon be resolved and threats that military force will be used against protestors, thus maintaining the status quo and deterring involvement. —

Veronique Greenwood, Discover Magazine, 30 Aug. 2011 To promulgate a mission worldwide, one needs followers, people – in the Book of Genesis, children – who will keep alive the covenantal dream. —

Rabbi Avi Weiss, Sun Sentinel, 31 Oct. 2022 This process isn’t what the progressives who promulgate more inclusive forms of speech had in mind. —

Harry Cheadle, The New Republic, 20 Sep. 2022 Democrats in Washington, as is their wont, promulgate their perpetual policy panacea: ... —

Ellen Carmichael, National Review, 30 Aug. 2022 This is why the Federal Trade Commission is investigating the industry, and why federal and state lawmakers are hurrying to promulgate new regulations to keep the most egregious PBM behaviors in check. —

Ted Okon, STAT, 8 July 2022 Even secretaries of state or election boards -- which oversee elections -- would not be allowed to promulgate voting rules not explicitly authorized by state legislatures. —

Joshua A. Douglas, CNN, 7 July 2022 The administration has been slow to promulgate driver-assist technology policy, and a leadership vacuum persists at the federal agency regulating commercial trucks. —

These example sentences are selected automatically from various online news sources to reflect current usage of the word 'promulgate.' Views expressed in the examples do not represent the opinion of Merriam-Webster or its editors. Send us feedback.

Latin promulgatus, past participle of promulgare, from pro- forward + -mulgare (probably akin to mulgēre to milk, extract) — more at emulsion 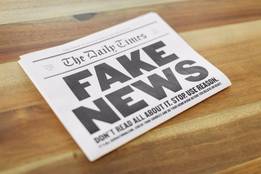 promulgated; promulgating
1
: to make known or public
2
: to put (as a regulation) into effect
promulgation
ˌprä-məl-ˈgā-shən, ˌprō-ˌməl-

More from Merriam-Webster on promulgate