US politics
: a significant revelation or event in the month prior to an election that has the potential to shift public opinion about an election candidate and that is often orchestrated to influence the election's outcome

Note: October surprise usually relates to U.S. presidential elections that occur in the month of November.

And even though recent polls and surveys show Sanders supporters largely rallying to Mrs. Clinton, it is not enough to create any sense of security, Ms. Boshart said, that an October surprise of hacked data or a hidden pool of misogyny and rage do not still lie in wait.— Kirk Johnson In addition, Reagan and his aides fully recognize Carter's power as an incumbent. They expect him to pull what they call "the October surprise," meaning that shortly before Election Day, he will inflate the importance of some overseas event in an attempt to rally the country around him.— Frank Merrick "… in political terms, Hurricane Sandy can accurately be described as an October surprise. …"— Ken Rudin

First Known Use of October surprise

The first known use of October surprise was in 1980 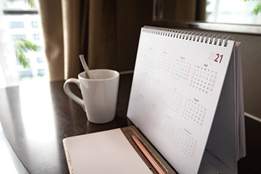