: the modern age regarded as a time in which information has become a commodity that is quickly and widely disseminated and easily available especially through the use of computer technology Information has a unique quality as a resource and a commodity, the utility of which, in combination with its other values, is so pervasive as to result in the now common appellation given to the period of history ahead as "the information age." — Encyclopedia of Library and Information Science, 1977 But in this Internet-driven Information Age, with markets moving on rumors (or the mere whiff of one), code names have gotten more common and creative and become the stuff of street lore.— Kopin Tan, Wall Street Journal, 19 Sept. 2000 Trippi is often credited with bringing the Dean campaign into the information age. In fact, it's the other way around: It was Dean's rapidly growing Internet support that made it necessary to bring Trippi into the campaign.— Noam Scheiber, The New Republic, 17 Nov. 2003

First Known Use of Information Age

The first known use of Information Age was in 1960 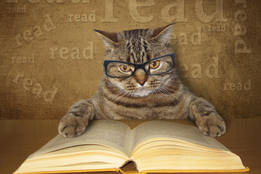 Because books lead to blogs that lead to tweets.