1
: marked by or given to offhand and often disdainful (see disdain entry 1) dismissal of important matters
a cavalier attitude toward money
has a cavalier disregard for the rights of others
2
: debonair
3
a
capitalized : of or relating to the party of Charles I of England in his struggles with the Puritans and Parliament
b
: aristocratic
portrayed the plantation owner as a cavalier fop
c
capitalized : of or relating to the English Cavalier poets of the mid-17th century
cavalierism
ˌka-və-ˈlir-ˌi-zəm

1
: a gentleman trained in arms and horsemanship
2
: a mounted soldier : knight
3
capitalized : an adherent of Charles I of England
4
: a lady's escort or dancing partner : gallant

The Evolution of Cavalier

The adjective cavalier comes from a noun referring to a gentleman or knight who is trained in arms and horsemanship. The noun traces back to Latin caballārius, meaning "horseback rider" or "groom." It is also used for "a swaggering fellow," and English Puritans used it disdainfully to their adversaries, the swashbuckling royalist followers of Charles I, who sported longish hair and swords. Their use undoubtedly contributed to the adjective's reference to a rather unbecoming quality.

The Economist, 5 Oct. 2017 For visitors, the idea of taking the wheel is daunting; roads are narrow and lined with limestone walls. Plus, drivers in this sun-drenched, densely populated country of 450,000 are known for a somewhat cavalier attitude.

Roy Harris, chicagotribune.com, 28 Aug. 2017 Prosecutors in his own office were repulsed and embarrassed by his cavalier dismissal of his own actions.

Daniel Borenstein, The Mercury News, 15 June 2017 For the first time in his career, his character's cavalier attitude towards death doesn't avoid it, but unleashes it.

Adam Wolfberg, The Atlantic, 26 May 2017
Noun
The change aims to clamp down on many crypto investors’ cavalier—and sometimes criminal—tax avoidance.

Laura Saunders, WSJ, 11 Nov. 2022 What is unique, however, is the way TikTok and its outside consultants are handling this material—an approach experts say is ham-handed and cavalier at best, and harmful and re-traumatizing at worst.

Alexandra S. Levine, Forbes, 4 Aug. 2022 Finally, to call Alito’s assessment of the ruling’s consequences for women cavalier would be charitable.

Sue Halpern, The New York Review of Books, 25 May 2022 Given the fair amount of screen time that Johnny gets, there’s something a little cavalier about how the story just kind of tosses him away.

Owen Gleiberman, Variety, 19 May 2022 All the Kennedy boys played for the Crimson, but only Ted stuck with it, and this is in keeping with their overall reputations: Jack cavalier and charismatic, Bobby intense and self-righteous, Ted an indefatigable plugger.

Fred O’brien, National Review, 3 Mar. 2022 Yet scholars of sociology, psychology and Asian American history said there was something serious — and damaging — behind this phenomenon of casual Asian-face blindness that borders on cavalier.

New York Times, 6 June 2021 The political turbulence in Brasília comes as the government faces withering criticism, including calls for Mr. Bolsonaro’s impeachment, for its cavalier and chaotic handling of the Covid-19 pandemic, which has killed more than 313,000 Brazilians.

These example sentences are selected automatically from various online news sources to reflect current usage of the word 'cavalier.' Views expressed in the examples do not represent the opinion of Merriam-Webster or its editors. Send us feedback.

from attributive use of cavalier entry 2 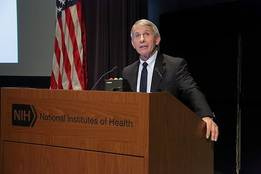 1
: a mounted soldier : knight
2
: a brave and courteous gentleman

2 of 2 adjective
1
: lighthearted and charming in manner
2
: having an unconcerned or disdainful attitude about important matters
cavalierly adverb
cavalierness noun

More from Merriam-Webster on cavalier