To read from the comfort of your home office
Last Updated: 25 Mar 2022 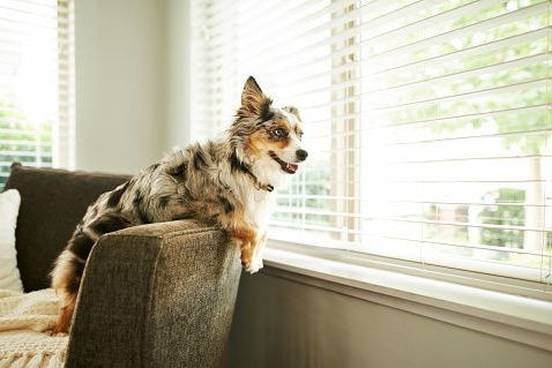 Confinement means “the state of being kept inside or within borders,” and it comes from the verb confine, a word that has one of those Latin word origins that tells a satisfying story: it comes from confīnis "having a common boundary” or “contiguous," ultimately from con- (“with, together, jointly”) and fīnis ("boundary, limit, ending")—also the root of the English word finish. So, literally, confine means something like “to stay within boundaries.”

Confinement has a faint whiff of punishment (think solitary confinement), but it was also used to refer to the period just before and after childbirth, when only medical personnel and close family could be in the room where a woman gives birth, a period of time also known as lying-in.

The noun is usually pluralized as confines, and like so many English noun/verb pairs, it is stressed on the first syllable /CON-fynz/ while the verb has second-syllable stress /con-FYNE/ (think of other pairs that are pronounced in two different ways, like record, rebel, and object). 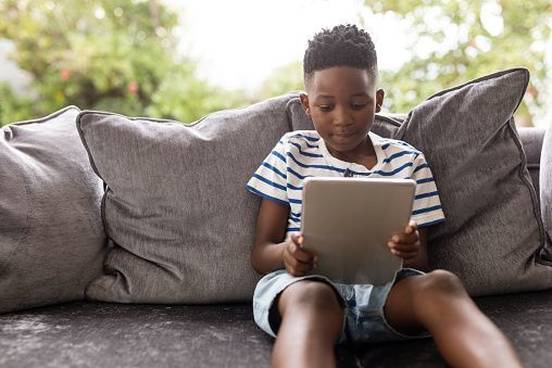 The term screen time has a new meaning that has been superimposed on an older, existing term. Like mouse, cookie, lurk and browse, the era of the personal computer, the internet, and the smartphone has driven changes in our vocabulary. Old words, new meanings.

Originally, screen time referred to how much time an actor was visible during the course of a movie, presumably the source of contractual demands for more money by an actor’s agents, the jealousy of other performers, and the perception of stardom by the public. The term dates from 1921, the early part of the silent film era.

This has, of course, changed with the times: today, screen time refers to time spent with smaller, often very portable screens (especially compared with the silver screen). Although use of these devices is part of today’s professional, educational, and practical reality, keeping tabs on the amount of screen time devoted to purely recreational purposes has become a focus of both parenting and sometimes guilty self-awareness. 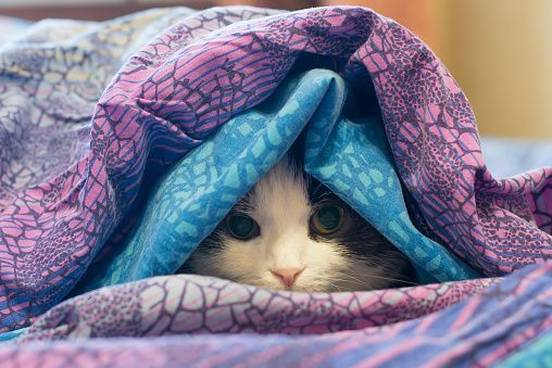 Using the attributes or activities of animals as metaphors is both a colorful and efficient use of language: think of squirreling away money, ferreting out the answer, horsing around, or bugging your family. The term empty nester refers to the way birds build their homes, and cocooning comes from the way some insects cover themselves in an envelope usually of silk as they transform from one stage of physical development to another.

In its sociological sense, cocooning means “the practice of spending leisure time at home in preference to going out,” and was coined with a sense of safety in mind:

In 1981, marketing strategist and trend spotter Faith Popcorn coined the term "cocooning." Cocooning was the idea of staying home instead of going out, feeling safe and insulated from perceived danger. In a 1986 piece in The New Yorker magazine, she opined that the concept involves "building a 'shell of safety' around oneself." The word is enshrined in multiple dictionaries.
—Lewis Walker, The Dunwoody Crier (Georgia), 24 March 2020

Indeed, this word has been in our dictionary since 1995, though only with the context of “leisure time” in its definition. We are now seeing a new sense for this word, as shown by its use in the official Irish governmental health recommendations:

Cocooning is a measure to protect those over 70 years or those extremely medically vulnerable by minimising interaction between them and others. This means that these people should not leave their homes. Even within their homes should minimise all non-essential contact with other members of their household. 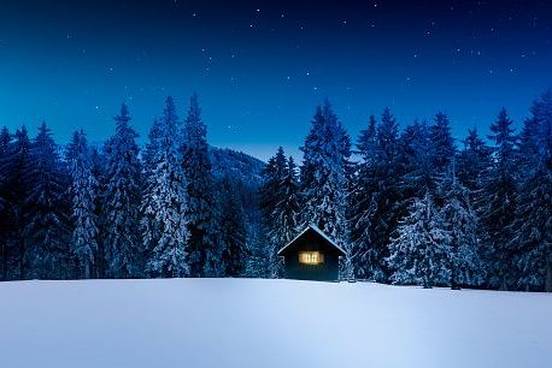 The traditional medical meaning of fever dates to before the Norman Conquest, and cabin fever has been used to refer to a disease that had fever among its symptoms, typhus:

The certain consequence is the low typhus or cabin fever, which at all times, and at this present moment, exists in Ireland to a degree, that in any other country would create a serious alarm.
—The Gentleman's Magazine, Volume 128, 1820

Using fever as a metaphor meaning “enthusiasm” or “craze” is much more recent, dating to the 1700s. This use was applied to the gold rush of the mid-1800s with gold fever. The bubble of prices for Dutch flowers during the mid-1600s was retrospectively referred to as tulip fever in the 1800s. There’s even evidence of cabin fever with this meaning—that is, “enthusiasm for building cabins”:

L. R. and P. W. Kyle got the cabin fever last summer. It’s very seldom these well known hustlers ever get away from their hardware store, but when they do, they wanted some where to go, so out at the Kyle farm on Rock Creek about five miles west of Erie, out even beyond Indian Hill, they built them last summer as elegant an abode as ever recreated the mortal part of man, and one which brings peace to the soul also.
—The Erie Record (Erie, KS), 14 May 1915

Of course, this is not how we understand cabin fever today. Somewhat surprisingly, the metaphorical use of fever that has a negative connotation (that is, one that is much closer to the literal use of fever) entered the language much later: cabin fever dates to the 1918 novel Cabin Fever by B. M. Bower, set in the American west. Cabin fever, as used in the novel, now means “extreme irritability and restlessness from living in isolation or a confined indoor area for a prolonged time,” and was first entered in our Collegiate Dictionary in 1973. 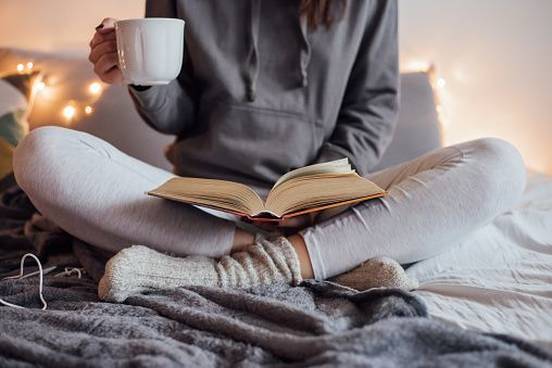 We have beachwear and townwear in English, which connect apparel and place (and perhaps appropriateness). There’s sportswear and skiwear and swimwear, which are connected with activities. There’s even outerwear and, of course, underwear, terms that describe the garments rather than their function. English also furnishes supremely practical terms like footwear and headwear, which identify the body parts covered by the named apparel.

Of all of these, perhaps only one has been used with reference to two very different etymological rationales: loungewear, which today means “informal clothing usually designed to be worn at home,” initially meant something else entirely.

In the late 1800s, clothes appropriate for wearing in a lounge would seem strikingly formal for us today. Back then, lounges were either synonymous with parlors or hotel lobbies, but in each case, these were spaces where more formal attire was expected.

The clothing worn in such spaces would be technically informal—but this was a time when “formal” specifically meant white tie and tails for gentlemen. This is why the term lounge suit is still used in British English to refer to what most of us would call a business suit today. In fact definition 1c of lounge in the Oxford English Dictionary is:

It’s clear that the lounge in lounge suit in this instance comes from the noun lounge, not from the verb meaning “to act or move idly or lazily,” a synonym of loaf. In fact, we can see that lounge wear was also used in this way, referring to relatively dressy clothes:

The members of each squadron are being measured for the jackets in their own localities by a visiting tailor from Aldershot. The coat is to be of easy fit, adaptable to lounge wear, and will be very acceptable to the force.
—Berrow’s Worcester Journal (Worcester, Eng.), 2 May 1896

Those who still prefer (as I do myself) a perfectly plain, self-colored cravat for lounge wear have been appeased by some new brown crapes, which are even more beautiful in one than the foulards….
—The Washington Post, 3 Oct. 1904

For business and lounge wear the only overcoat indorsed by good form this seasons is the plain long “Chesterfield.”
—Alfred Stephen Bryan, Detroit Free Press, 15 Oct. 1905

This original use of loungewear seems to have been missed by dictionaries; it’s found in neither the OED nor the massive and encyclopedic Webster’s Second edition of 1934. The loungewear we know today, of course, often pajamas or sweats, clearly derives not from the noun lounge but from its cousin, the verb. 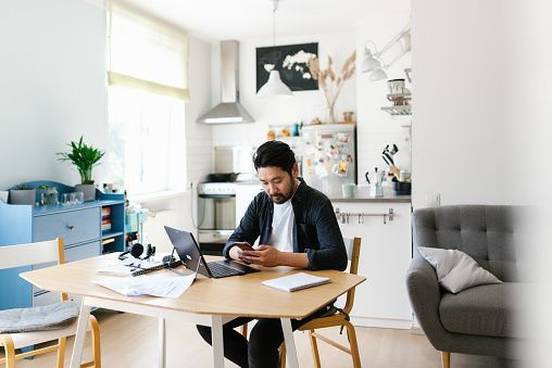 The first recorded use of the term home office—referring to a governmental agency tasked with overseeing domestic affairs—is from Thomas Jefferson, from when he was Secretary of State, in 1790. In Britain, the term home office shortly thereafter was being used for a single department, one that doesn’t have an exact equivalent in the U.S. federal bureaucracy today. The term later was used to refer to the headquarters of a business, dating back to 1840, according to the Oxford English Dictionary. This use is defined in our Unabridged dictionary:

: principal business location or base of operations : HEADQUARTERS

The most recent use of home office dates to the mid-20th century, but has been increasing in recent years. It’s a term that has perhaps never been more needed than during a period of enforced confinement during which many people must work from home if it’s possible for them to do so:

: a room in a person's house where he or she does office work 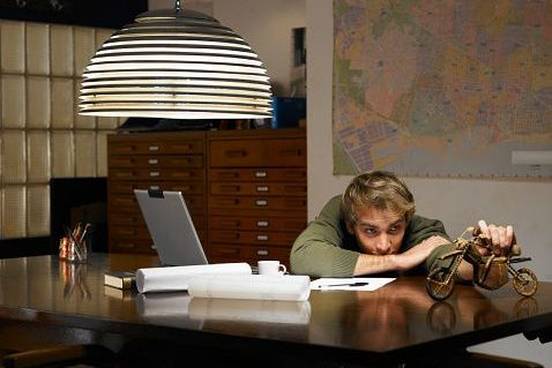 Working from home can sometimes lead to putting things off. The time dividend from not commuting (or getting dressed) must allow us to do other things, right? Or to choose to avoid some things and not others? Or to watch just one episode, right now? Since I’m here?

At any rate, procrastinate is a term that comes to mind for many who suddenly work from home. It means “to put off intentionally the doing of something that should be done” and comes form the Latin word procrastinatus, a combination of pro- (“forward”) and crastinus (“of tomorrow”), so procrastinate literally means “having been put forward til tomorrow.”

We have other words that mean nearly the same thing, like defer or postpone, but none place the blame so entirely on the person responsible for choosing a later time to do something.

And there’s something about the way the word procrastinate is put together that makes it seem a bit malleable—that pro- is such a common compounding element, as well as the ending -ate, so often seen in verbs and adjectives formed from Latin words. Playful English speakers have created some clever variations, most of them delightfully self-explanatory, including:

There are also coinages based on procrastinate that are similarly transparent, like distractibaking. 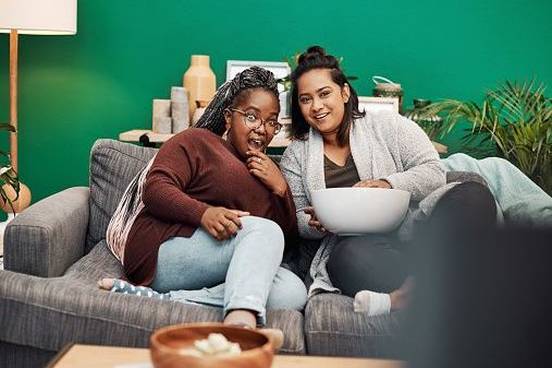 The monosyllabic binge seems to be elemental and ancient. Indeed, one might think that it comes straight from the Anglo-Saxon language that forms the oldest part of English vocabulary—like the words hinge or twinge, which have just such an ancient history.

It turns out that binge is a British dialectal word meaning “to soak” and didn’t come into use until the mid-1800s with the meaning we use today: “an unrestrained and often excessive indulgence.”

This word’s initial context, “a drunken revel,” refers to only one type of indulgence, but we all know there are others. The specific addiction of serial television created the need for a new term, binge-watch—now more useful than ever, given our habits with streaming, rather than waiting for scheduled showings like animals. It dates back to the late 1990s, and the early 2000s became known as a golden age of television when such shows as The Sopranos, Six Feet Under, and The Wire were watched, usually on DVD, in long sittings.