The menacing origins of a seemingly harmless word

Has anyone ever pinged you? It was painless, right? It is, after all, merely an effort at making contact. The person simply reached out, by texting, messaging, emailing, or calling you. 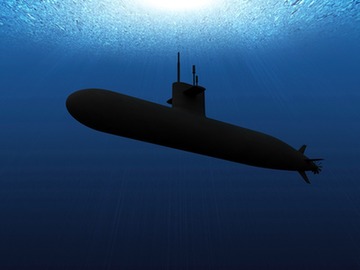 The 'ping' in 'ping me' likely has its origin in the 'ping' of sonar—you know, the one in the submarine movies, where sailors are huddled in a metal craft deep under the water, listening for the pings that tell them the location of an enemy submarine.

These days ping is used broadly as a synonym of the verb contact, as in "You can set up the system to ping you under certain circumstances." More often, though, it's about interpersonal communication of a brief and often informal message, as in "Maybe Jane can join us on Friday; I'll ping her." It's often heard in business contexts, but it proves pretty useful in the non-business world too.

The use seems to trace to another relatively new use of ping known well to anyone in the computer world. To ping a computer—especially a server—is to send it a signal (which then returns) in order to determine its status or the status of the network that connects you to it. As a noun, this ping refers to the signal that is sent. The scientist who wrote the ping code in 1983, Mike Muuss, was "inspired by the whole principle of echo-location," and was nodding to the sound of sonar in his coinage. You know that ping, right? It's the one in the submarine movies, where sailors are huddled in a metal craft deep under the water, listening for the pings that tell them the location of an enemy submarine or some other target. There's a verb analogue too: if you ping a submerged object you detect it with the pulse of sound waves—that is, with pings.

That ping—the pulse of sound waves—dates to World War II, and it has a more menacing feel than the modern uses, one that harks back to the earliest 19th century uses of ping. The original word is imitative—or onomatopoeic—in origin, like whoosh and zing. In the earliest available evidence both the noun and the verb ping had first to do with the sharp, metallic sound a bullet makes when it hits something. Ping was too useful, though, to be so limited: over time both the noun and the verb came to be applied to similar sounds made by less threatening objects—like bells and typewriters.

Since the early 20th century ping has been used to refer to the sound your car's engine makes when the ignition process isn't working correctly—also known as a knock. That ping is a bad sign for your car, but if you fix the problem, you'll have dodged that first kind of ping entirely.