People have been increasingly using the word normie as a noun and an adjective to describe someone whose tastes, habits, lifestyle, etc. are mainstream or otherwise unremarkable. It was formed using the English adjective normal and the diminutive suffix -ie. 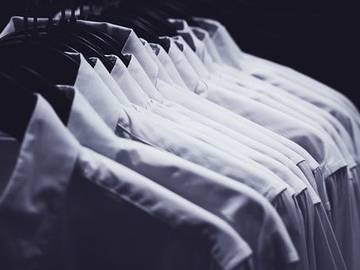 The term normie has emerged as both a noun and an adjective referring to one whose tastes, lifestyle, habits, and attitude are mainstream and far from the cutting edge, or a person who is otherwise not notable or remarkable.

Besides Adorno, the title also alludes to the folk LPs put out by niche labels such as Vanguard and Folkways in the eighties. "There's this cottage industry of labels where the musicians look like math teachers," he [Musician Stephen Malkmus] said. "They wear total normie outfits. It's normie radicalism."
— Amanda Petrusich, The New Yorker, 4 May 2020

For those who don't ride public transit and for most of their adulthoods travel via automobile between a few tightly curated situations—home, work, and whatever sad normie weekend rituals—Bourbon Street's sempiternal carnival gives them unmediated contact with all sorts of people they might not otherwise encounter.
— Jules Bentley, The Advocate (Baton Rouge, Louisiana), 20 Aug. 2018

Stars—they're just like us. It's not only us non-famous normies who regularly work long hours. Turns out, Oscar-winning actresses have to remind themselves to recover from endless days on set. "I've learned the value of downtime," Lupita Nyong'o tells Refinery29. "If you can, one should, you know? It's a real privilege to have that option."
— Whizy Kim, Refinery29, 24 Feb. 2020

Origin and Use of 'Normie'

It is easy to see that normie derives from the English adjective normal, taking the first syllable of that word and adding the diminutive suffix –ie. It is not exactly a new word. What is new, however, is its broad-brush application, as it is used in a variety of circles as a label to distinguish (and sometimes demean) certain members of those circles.

But normie saw use in more specific contexts in the 1980s and early 1990s. Among these instances are examples of use of the word by people with disabilities to refer to those without them:

O'Leary believes it's important for good will between "normies" (as able-bodied skiers are called) and disabled skiers, for normies to understand the special needs of disabled skiers. Blind and hearing-impaired skiers on the same slopes may prefer some space around them. Some skiers have disabilities that do not permit them to stand for long periods of time, so able-bodied skiers should be understanding when these skiers cut into lift lines.
— Lois Friedland, The Chicago Tribune, 10 Oct.1993

Such macabre humor plays a large part in his and his friends' conversation. They often call each other "gimps," and call able-bodied people "normies." The other day, when Hopper was late for a meeting, Goldsborough said, "I'd kick his butt, but he wouldn't feel it." And Hopper laughed loudest of all.
— Tony Kornheiser, The Washington Post, 2 Nov. 1984

There are also examples of use from people in recovery circles in reference to those who are not in recovery:

Robertson concludes her own book with her personal story, prefacing it with explanations of the so-called mysticism of AA (there is none) and its religiosity (up to each member). She also answers other questions that might occur to "normies" or people who consider AA a kind of exclusive and arcane lodge for people salvaged from Skid Road.
— Paul Pintarich, The Oregonian, 17 Apr. 1988

Mr. Devane was among 20 Delray Beach residents who gathered at the cafe one recent night for a weekly counseling session. One “normie”—their word for the 65,000 year-round town folk—wandered in unawares and was allowed to stay. First-timers sat at the periphery of the circle, avoiding eye contact with others.
— Jane Gross, The New York Times, 16 Nov. 2007

Current use of normie does away with such specific applications. Its more generalized use, however, sometimes comes with an implied sneer of condescension or contempt, particularly within online communities. It has taken hold in the language of memes and was, for a while, part of the vocabulary of alt-right discourse.

But the word has lately flattened out and is now occasionally embraced as a term of ironic self-mockery. The emergence of the term normcore, which evokes a fashion style noted for being deliberately bland and unremarkable, might have helped to neutralize normie and bring the word back into the realm of cool—however that adds up.