With the rise of the alt-right, the combining form alt- has been in the public eye lately. The word's history offers some clues to its newest use. 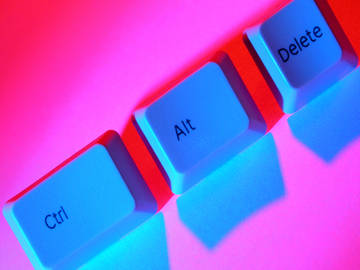 'Alt' can be traced back to the early days of the Internet, when 'alt' was the preferred prefix for Usenet newsgroups such as alt.usage.english.

Familiar to most English speakers as a short form of alternative, alt- has been used for decades in phrases like alt-rock, alt-country, and alt-pop; beyond music, we see alt-comedy and alt-literature (or alt-lit). In theory, these classifications act as subgenres, rebelling against the traditions of a genre while clearly belonging to it: alt-country is still country, and alt-lit is still literature.

There’s a school of thought that believes Alt-Country is just Country instead of the bastardised, sugarised music that fills the country charts. Dan Bern, whose 5th album since 1996 this is, shares too much with the latter while emulating the coolness implied by that alt- prefix.
—Matt Bryden, Stride Magazine, February 2002

The latest wave of alt comedy first surfaced in the 1990s with comics such as Janeane Garafalo, Beth Lapides of the long-running L.A. comedy show "Un-Cabaret," "Mr. Show's" David Cross and Patton Oswalt, who couldn't get — or didn't want — stage time in traditional comedy clubs. So they started staging shows in rock clubs, coffee shops, dive bars and odd public spaces. Those cheap seats and all-ages gigs built a grass-roots following. And once the Internet picked up speed, so did the saturation of this sensibility onto the mainstream.
—Gia Piccalo, Los Angeles Times, 30 Aug. 2009

Alt- as a combining form that signified risk-taking and a challenge to traditions with a genre can be traced back to the early days of the Internet, when alt was the preferred prefix for the classification of Usenet newsgroups such as alt.usage.english. These newsgroups were created as an alternative forum to preexisting mainstream newsgroups, and they left alt- with a connotation of edginess:

In the taxonomy of contemporary music, “alt” can stand for more than “alternative.” For sure, the prefix is commonly used to signify a deviation from a genre’s traditional aesthetics: alt-rock, alt-country, alt-jazz, alt-folk. But “alt” can also mean “anti,” and I know of no instance so extreme as the one of “alt-cabaret,” a genre that has become a sensational vogue in London over the past several years and has recently emerged in New York to attack the entrenched performance traditions of the Great American Songbook.
—David Hajdu, The New Republic, 11 Apr. 2013

Alt-R&B is very much in vogue these days....The three-letter prefix “alt” denotes not only musical experimentalism and modernity in the decades-old genre, but also signals a broadening of the demographic of people who make (and possibly intake) it.
—Caleb M. Lewis, The Harvard Crimson, 27 June 2014

This edginess—with its vague historical echoes of online culture—seems to be what racist proponents of the alt-right had in mind when they rebranded old-school white supremacy under the alt- banner. The term alt-right was coined in 2008 by the white nationalist Richard Spencer, who described it as "trying to build a philosophy, an ideology around identity, European identity.” Jared Taylor, the editor of the white supremacist American Renaissance (which describes itself as "a conservative monthly publication [that] promotes a variety of white racial positions"), said that members of the alt-right view race as "a significant aspect of individual and group identity." The Southern Poverty Law Center, which tracks hate groups, has compiled a detailed history of the alt-right which outlines its connections to Spencer, Taylor, and other racist ideologues. The Anti-Defamation League, which recently made headlines by adding an alt-right meme to its hate symbols database, has stated that "Though not every person who identifies with the Alt Right is a white supremacist, most are and 'white identity' is central to people in this milieu."

I don't know what #AltRightMeans- are those the ones who hate me b/c I'm a Jew, b/c I'm a woman or b/c I believe a hot dog is a sandwich

The right-wing provocateur Milo Yiannopoulos, of Breitbart, himself a leading fellow-traveller, claimed that some “young rebels” are drawn to the alt-right not for deeply political reasons but “because it promises fun, transgression, and a challenge to social norms.”
—Benjamin Wallace-Wells, NewYorker.com, 5 May 2016

Though some insist the alt-right is merely trolling hate to get a rise out of people on social media, the movement has been labeled a hate group by the Southern Poverty Law Center. "A Washington Post profile of the Alt-Right stated that … the 'goal is often offensiveness for the sake of offensiveness in the way that many young white men embrace,'" SPLC wrote in its report. "Andrew Anglin of the neo-Nazi website The Daily Stormer responded plainly in a post, 'No it isn't. The goal is to ethnically cleanse White nations of non-Whites and establish an authoritarian government. Many people also believe that the Jews should be exterminated.' It doesn't get much clearer than that."
—Jeff Nesbit, "What is the Alt-Right?" US News and World Report, 12 September 2016

In other words, a combining form which evolved from Internet culture is now being used to repackage old-fashioned bigotry.