Some words are, you know, pretty low-key. They just keep doing their thing, helpfully contributing to an utterance's meaning without making much of a fuss. Low-key (also styled as low-keyed) has historically been one such word, but these days it's doing something pretty daring: moving into new semantic territory. After more than a century of life as an adjective, it's increasingly spied in full-on adverbial mode:

I barely have time to listen to albums of artist I like, how y’all got ALL this energy to listen and then report back about rappers you low-key hate?

It's functioning in these examples as a classic adverb of degree, modifying a verb to temper it into something a bit subtler. It means something along the lines of "kinda" or "somewhat" or "in a subdued way." 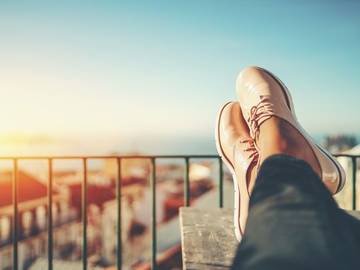 Shortly after time began, Indiana and Purdue universities started competing in sports. But this fall's football duel might well be a first: They're low-key racing to see who picks a quarterback first.
— Reggie Hayes, The News-Sentinel (Fort Wayne, Indiana), 9 Aug. 2018

And I have to wonder: Did Justice receive low-key threatening letters similar to those my wife and I got when we owed around $100 in state taxes? Somehow, I doubt it….
— Rafe Godfrey, The Charleston (West Virginia) Gazette-Mail, 10 Aug. 2018

The first of these carries a meaning like those in the tweets above it, but in the second example, low-key is an adverb of manner, modifying the adjective with a meaning of something like "subtly" or "in a veiled way."

Linguist Gretchen McCulloch explored this use of low-key a few years ago and traced its appearance in the vaunted pages of Urban Dictionary to 2009, where a contributor defined it as "secretly or discretely" and "slightly or kinda." In the near-decade since, the meaning seems to have hummed along these two tracks without much variation, just low-key spreading among English speakers.

Accompanying the adverbial low-key is its somewhat less common sibling, high-key. It typically contrasts with the "somewhat" meaning of low-key to mean "totally" or "extremely":

Cats get a bad rap and are high-key underrated. All they ever do is just chill and get hated on. #InternationalCatsDay

Nick Robles art is utterly ethereal in this comic. I already high-key want a tattoo of his art from this so badly.
— Insha Fitzpatrick, Geek.com, 18 July 2018

And because it's sometimes the way these things go, the adverbial use of low-key may also be expanding the meaning of the adjective to include subtlety and secrecy:

Of course, this isn't the first time Anna playfully demonstrated that she's low-key besties with Ryan and Blake, who is Anna's co-star in the movie A Simple Favor.
— Tim McGovern, Hollywoodlife, 13 Aug. 2018

All this is good and fine, you might say, but where did low-key begin? Well, it started life as an art term and established itself especially in the world of photography mere decades after the term photography itself came into use. By 1897, low-key described images with dark tones and little contrast. It had a quasi-opposite: high-key describes images with light tones and little contrast. Each hinges on a photography-specific use of key itself as a term for the predominant tone of a photograph with respect to its lightness or darkness. The Oxford English Dictionary reports that the more familiar low-key meaning of "restrained" or "of low intensity" was in use by the end of the first half of the 20th century.

While it's possible that the photography use led directly to the "restrained" meaning, it's also possible that developments in the meaning of key in non-photography uses played a part in the newer sense of low-key. Key has functioned as an adjective meaning "extremely or crucially important," as in "key issues" and "a key moment in the game," since at least as far back as the 1830s. Key is also a verb with various meanings including one, typically used with up, meaning "to make nervous, tense, or excited," as in "too keyed up to sleep." Either of these seems potentially likely to have played a part in the development of adverbial low-key, though more research would be required to substantiate such a speculation.

As for the lexicographical status of adverbial low-key, we're low-key waiting to see if it's here to stay or if it'll go the way of the daguerreotype. Time will high-key tell.