It's not a word, it's a word part, but we deal with those too

We've noticed a peppering of -iversary coinages in the language. The suffix isn't new, but the coinages it produces are getting more persistent:

''Look at this.'' My friend stuck her phone under my nose. On it was a picture on Instagram of a couple we both know, a photo of one of them pursing her lips over a frothy cocktail in a dim bar, flash on.… This couple celebrates their "weekiversary" every week, without skipping. Ever. They have been doing it for 72 weeks, which is about 17 months, which is nearly one and a half years.
— Krista Burton, The New York Times, 25 Mar. 2018

Weekiversary and its compatriots trace back, of course, to the pleasing and well-masticated morsel that is anniversary. It's been around for more than 700 years and is still called upon regularly to do important work. Its roots are in Latin: it comes from anniversarius, meaning "returning annually." The anni part comes from Latin annus, meaning "year." The versary part is the past participle of vertere, meaning "to turn." 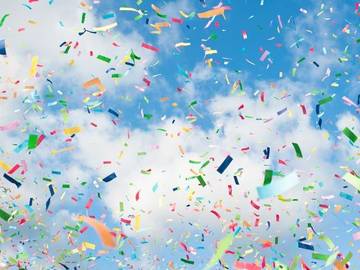 In the word's strictest sense, an anniversary is the annual recurrence of a date marking a notable event. But the word is also used more broadly to refer to a date that follows a notable event by a specified period of time measured in units other than years, as in "the 6-month anniversary of the agreement."

The -iversary coinages make use of both meanings.

In words like adoptiversary and blogiversary, -iversary carries the original, and narrower, meaning of the word anniversary. The coinage refers to the anniversary of an event, such as an adoption or the start of a blog:

Earlier this year, I wrote about adopting my hound dog, Riley. It wouldn't be fair to play favorites, so I thought I'd write about my other dog this week since last Monday marked her fifth birthday and fourth adoptiversary.
— Amy Robinson, The Charleston (West Virginia) Gazette, 23 Nov. 2014

In words like weekiversary and monthiversary, -iversary carries the newer, and broader, meaning of anniversary. The coinage refers to a date that follows a notable event at a specified non-annual interval:

This second category, in which -iversary is used to mean something like an anniversary but without the "year" part, is in fact a kind of rejection of the broad meaning of anniversary—a meaning that's suffered plenty of rejection over the years.

A decent respect for the old ways should preserve "anniversary" in its pristine meaning of yearly. The American Heritage dictionary has it right: "the annually recurring date of a past event." Random House concurs. Webster's New World concurs. Encarta concurs. Oxford concurs. Everybody is in step on this one except the free spirits at Merriam-Webster's Dictionary of English Usage. Without the slightest blush, apology or sigh, they cite "a six-month anniversary" as acceptable usage. Bah! And humbug, too!
— James J. Kilpatrick, The Chicago Sun-Times (syndicated column), 19 June 2005

We've been called worse. Mr. Kilpatrick's objections have been shared by others, often with a focus on the redundancy seen in offending iterations:

… the concept of a year is plain in anniversary, rendering the cobbling on of year redundant. I am sorry to say there is bad news for all of us who think one-year anniversary and its family repugnant. The construction is so rampant and widespread that we are stuck with it.
— Dot Wordsworth, The Spectator (London), 20 May 2017

Objectors like Mr. Kilpatrick and Ms. Wordsworth might take comfort (though we suspect they would not) in the likes of weekiversary and monthiversary: these words propose an antidote to the seeming infestation that is "six-month anniversary." (The coinages do, though, leave the horrors of "one-year anniversary" unmitigated, which as linguist Ben Zimmer discussed in The New York Times is likely here to stay.)

And it is indeed the absence of a neat word for a date that follows a notable event at monthly intervals that English speakers tend to feel most keenly. In addition to monthiversary, lunaversary (or luniversary) and mensiversary (mensis is Latin for "month") have also been proposed, and not just in recent years.

Mr. Kilpatrick had a correspondent propose mensiversary in the 1980s; he reported in a column that he didn't think it had much chance of catching on. A reader named William J. Wood wrote to inform Mr. Kilpatrick that he had been using mensiversary in his law practice since 1973 without incident. (Now that's our kind of guy.) Mr. Wood also sent along some correspondence he had with an editor at this very company. Our colleague, F. Stuart Crawford, who is no longer of this world, wrote that:

On consulting our files we find that Max Beerbohm apparently invented and used this word as long ago as 1897 in his story "The Happy Hypocrite." It was again suggested to us by a correspondent in 1922 as an improvement over Oliver Wendell Holmes's luniversary, used in reference to tides in The Autocrat of the Breakfast-Table in 1857.

Mr. Crawford had also noted a 1941 letter to the company recommending mensiversary for dictionary entry, but our job now is constrained as it was then: without evidence of a word in use, especially in published, edited text, we cannot consider it for entry.

Current evidence shows monthiversary (with its variant monthaversary) to be the strongest contender for full establishment in the language. It still has a ways to go, however. In the meanwhile, we've got our eyes on -iversary, a suffix currently busy at the work of settling into the language.