When a name becomes an epithet

On a sunny California Sunday in late April 2018, a white woman in Oakland called police because a few black people gathered at Lake Merritt for a barbecue were using a charcoal grill in the area designated for non-charcoal grills. In the days following the viral YouTube video of the woman's two-hour wait for a police response, she came to be known as "BBQ Becky." Her given name is not Becky or anything related to Becky. The nickname was not, however, solely alliterative.

These days, Becky is increasingly functioning as an epithet, and being used especially to refer to a white woman who is ignorant of both her privilege and her prejudice. 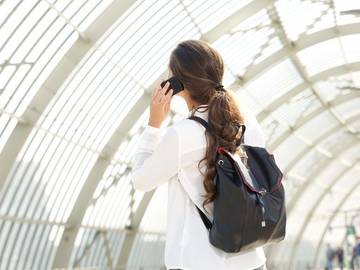 You can probably thank Sir Mix-a-Lot (yet again).

Historically and typically, when names have taken on generic use in the English language, it's been because of an especially memorable fictional character. Pollyanna as a term for a relentlessly optimistic person hellbent on finding silver linings comes from the name of the eponymous heroine in Eleanor Porter's 1913 novel Pollyanna. Don Juan as a term for a particularly skilled seducer of women comes from the name of a legendary Spanish nobleman featured in multiple works of literature and art over the past four centuries. Writers created these characters, and readers recognized their living, breathing counterparts in the world around them.

There are, of course, literary Beckys. William Makepeace Thackeray's 1848 novel Vanity Fair (and its subsequent Hollywood versions) gave us Becky Sharp, a cunning social climber of questionable morals, and Mark Twain gave us the far more innocent Becky Thatcher, object of Tom Sawyer's affections; both are white. The modern epithet may have a bit of Becky Sharp in it, but Damon Young of The Root is among those who trace the probable origin of the modern Becky to the opening lines of Sir Mix-a-Lot's video for the 1992 song "Baby Got Back," which begins with one white woman's injunction to her white friend, Becky, to cast an eye on a callipygian woman's posterior: "Oh my God, Becky, look at her butt." (By the way, we saw what you did there with Cosmopygian, Sir Mix-a-Lot.) The posterior upon which Becky is directed to gaze belongs to a black woman. The gazing pair do not gaze admiringly, though Sir Mix-a-Lot certainly does.

In the time between Sir Mix-a-Lot's Becky and BBQ Becky, Becky was mostly simply a nickname for Rebecca (anecdotally used primarily of white girls and women), but that's been changing. The users of Urban Dictionary have submitted a number of entries for Becky, with the top-rated ones asserting the word's referent as either (in our simplified paraphrasing) a materialistic white girl of annoying and predictable tastes, or (in our intentionally vague paraphrasing) a particular sexual act as performed by an enthusiastic white woman. The latter of these is tied to a song by the rapper Plies and dates to 2009; the former appears to be a product of the second half of the second decade of the century, and is of obscure origin. Beyoncé's 2016 album "Lemonade," employs the term too, with the lines "He only want me when I'm not there / He better call Becky with the good hair." After much initial fevered speculation about just who this Becky is or was, common pop wisdom now asserts that "Becky" is a stand-in for any woman—especially a white woman—a man sees on the side.

The meaning of Becky is still settling, from a lexicographer's point of view. It's currently narrowing in its application, but it's too soon for us to know if the narrower meaning will eclipse the older ones, or if any of them will endure. In the meanwhile, the most thorough analyses of what qualifies someone as a "Becky" are available at The Root. There you will find Michael Harriot's "The 5 Types of Becky" and Damon Young's "Where 'Becky' Comes From, and Why It's Not Racist, Explained," among other articles. Harriot defines the term as "a white woman who uses her privilege as a weapon, a ladder or an excuse"; Young asserts that a "Becky" "exists in a state of racial obliviousness that shifts from intentionally clueless to intentionally condescending." And Emily Bazelon's New York Times Magazine article citing Young digs into the broader cultural context in which the term has developed its current use.