Or maybe more than that, because we have the floor. 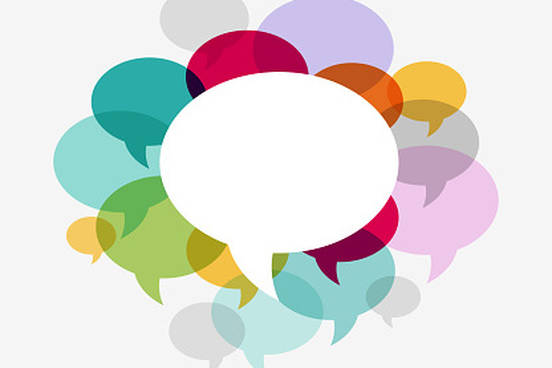 Circumambages is a plural noun that applies to instances of indirectness or deviousness in speaking or writing. This synonym of the plural circumlocutions is not often encountered in current English, but it makes its rounds. Both words are formed from Latin circum-, meaning "around" or "about." Circumambages began circulating during the 17th century.

… that he never lets a casual observation pass without perplexing it with an endless, running commentary, that he never states a feeling without so many circumambages, without so many interlineations and parenthetical remarks on all that can be said for it, and anticipations of all that can be said against….
— William Hazlitt, "On Miscellaneous Poems," 1820

The ambage root is an archaic English word (borrowed from Anglo-French and Latin), often pluralized and used to indicate ambiguity, circumlocution, or indirect ways or proceedings. Samuel Pepys illustrates its usage in an August 12, 1663 entry in his diary: "Only I do see by them, that speaking in matters distasteful to him that we write to, it is best to do it in the plainest way and without ambages or reasoning, but only say matters of fact, and leave the party to collect your meaning." 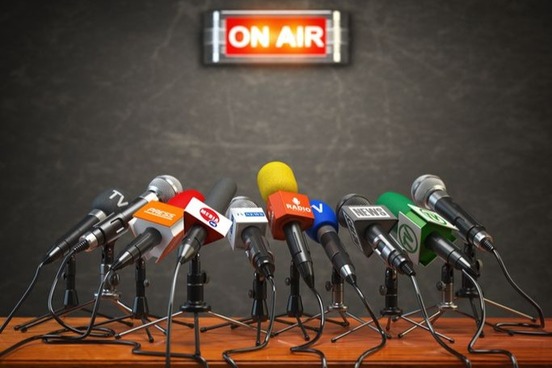 Circumlocution is a combination of Latin circum-, meaning "around," and locutio, meaning "speech" and itself from the Latin verb loqui, "to speak." Circumlocution literally denotes "roundabout speech" and has been circling in English since the early 16th century to point out an unnecessarily large number of words to express an idea or verbal evasion.

A leading work in the field is Susan Sontag's Regarding the Pain of Others, a book-length essay that explores war photography and its effect on the viewer, securely away from the front lines. Sontag doesn't speak directly where circumlocution is possible.…
—Jonathan Clarke, City Journal, 18 Oct. 2019 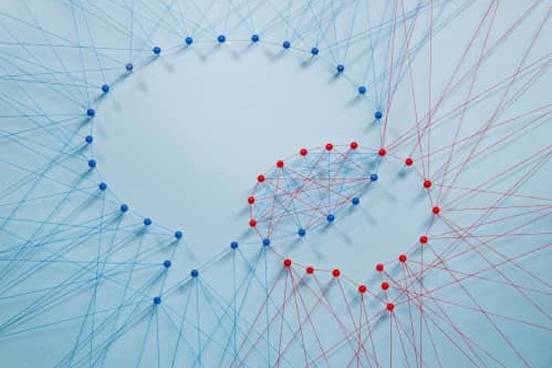 Paromologia refers to a concession made in rhetoric (a fancy term for effective or persuasive speaking or writing) to an adversary in order to strengthen one's argument. 16th-century English speakers and writers conceded to the combination of the Greek para- (meaning "almost") and homologia ("agreement") for such a concession, with some alterations in spelling.

By (appearing to) admit that he had erred, Clegg used the rhetorical technique of paromologia—that is, conceding a weaker point in order to advance a stronger one. This allowed him to construct an ethos of honesty while seeking to engender empathy (pathos) for his apparently impossible predicament. … So, to this end, Clegg employed logos to highlight the benefits of the Coalition's policy, saying: "We did the next-best thing, got the fairest deal possible…."
— Judi Atkins, in Electoral Pledges in Britain Since 1918, 2020 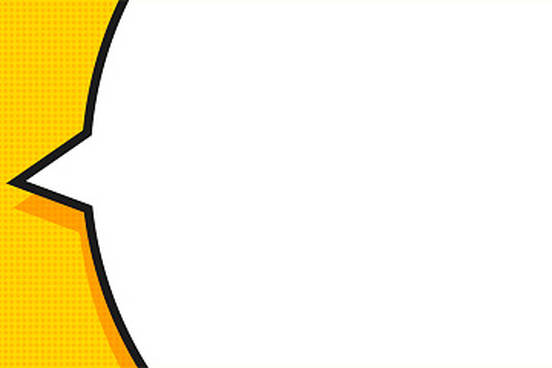 Political campaigns are rife with slogans and sophisms intended to appeal to the wants of a constituent group.
— editorial letter, The Cheshire (Connecticut) Herald, 1 Nov. 2018

When I first stood on the periphery of what we could call my screenwriting career, some Hollywood wag asked me "What's your quote?" He meant "What's your rate, your fee, your market value?" But I thought he meant my favorite movie quote…. Years later, I found a writerly quote that I love and HATE because ... it's a meme. With an image of a sunset ... words hovering there, in all caps, … it reads: "It's never too late to be what you might have been." Who would say such soothing sophistry? ... The quote is most often attributed to George Eliot….
— Daedalus Howell, The Bohemian, 1 Apr. 2020

The original practitioners of sophism (sophistry) were ancient Greek teachers of rhetoric and philosophy known as "Sophists." In their heyday, these philosophers were considered adroit in reasoning, but later philosophers (particularly Plato) described them as shams who were willing to say anything to win an argument. Thus, sophist (which comes from Greek sophistēs, meaning "wise man" or "expert") earned a negative connotation as "a captious or fallacious reasoner." 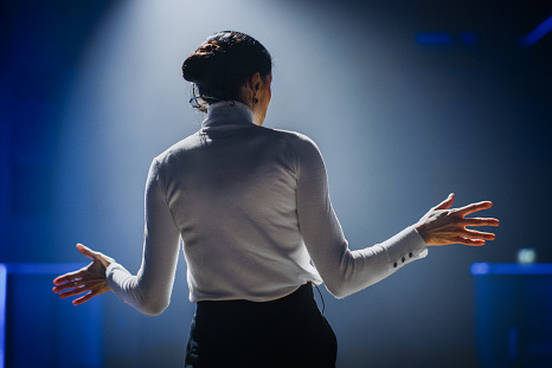 Preterition is defined as a synonym of pretermission and paraleipsis. All these words signify an omission in argument. Pretermission is the noun form of the verb pretermit, which means "to omit" or "to let pass without mention or notice." The verb is Latin-based, derived from praeter, meaning "by, past," and mittere, "to let go, send." Pretermission means "omission." In Greek, paraleipsis means "omission"; it is from the verb paraleipein, "to omit" or "to leave untold." Although these words imply omission, they are used in contexts in which that which is said to be omitted is brought to one's attention, as with the phrases "needless to say" or "it goes without saying" before a statement.

Office seekers find in preterition a very useful device, in that they can bring to an audience's attention the most damaging features of their opponent's position and background and at the same time present themselves as too principled to be actually indulging in mudslinging. The following might be considered a representative sample: "I intend to conduct this campaign on a respectable level. Thus, I will not refer to my opponent's divorce, the suits that have been brought against him for nonpayment of alimony, his having been in jail several times on the charge of driving while impaired. No, I will not stoop to such a level. As I said, I intend to conduct this campaign on a higher level."
— Samuel R. Levin, Shades of Meaning, 1998

Little has been written on the implications of the new research for Hayek's critique of collectivist central planning—not a surprising state of affairs, given that the new research is still at a fairly early stage of development and that much of it is coming from outside the science of economics. Perhaps another reason for this pretermission has to do with the extremely formal and technical nature of this new research. Those not trained in both higher mathematics and the methods of computer simulation will find the primary literature difficult at best, if not altogether incomprehensible.
— Will C. Heath, The Independent Review, Summer 2007

It is singular that the figure paraleipsis, or omission, so highly prized by the ancient orators, and so common in the public speeches of today, should have failed to receive a notice from modern text-writers. By paraleipsis, a speaker, while bringing ideas forward for the purpose of excluding them, fixes the attention on the apparently excluded ideas in such a skilful way as to secure their full force and effect. Though negative in form, it is positive in meaning; it has the force of paradox, and aptness of irony.
— Harry Franklin Covington, The Fundamentals of Debate, 1918 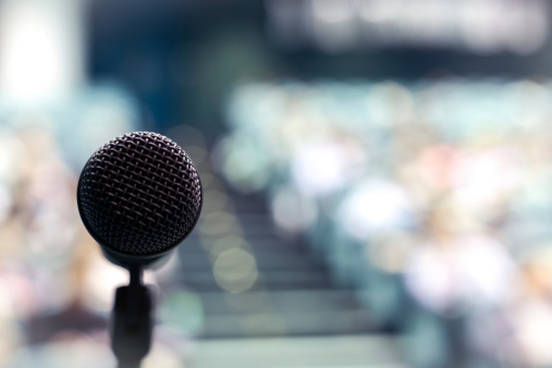 Filibuster came into use in a roundabout way. In the middle of the 19th century, bands of adventurers, organized in the United States, were in Central America and the West Indies stirring up revolutions. Such an adventurer came to be known as a filibuster, from Spanish filibustero. The word had actually originated in Dutch, as vrijbuiter. Its travels on the way from Dutch to Spanish are not well documented, but possibly the Spanish borrowed the word from the French (flibustier, fribustier), who had themselves borrowed English freebooter, meaning "pirate, plunderer," which, in turn, is a borrowing from the Dutch. The word then arrived back into English with a new form and meaning.

Early in the 19th century, John Randolph, a senator from Virginia, got into the habit of making long and irrelevant speeches on the floor in the Senate. Vice President John C. Calhoun refused to rule Randolph out of order, so the Senate soon voted to give the presiding officer explicit power to deal with such problems. In 1872, however, Vice President Shuyler Colfax struck a blow against the expeditious handling of Senate business with his ruling that "under the practice of the Senate the presiding officer could not restrain a Senator in remarks which the Senator considers pertinent to the pending issue." Within a few years, the use of delaying tactics in the Senate was rife. Senators practicing such tactics were compared with the military adventurers known as filibusters who wreaked havoc in other countries, and the Senators were said to be "filibustering." 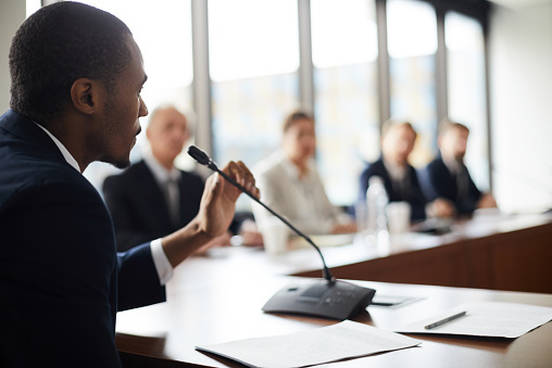 Apophasis is that occasion when a person indirectly asserts something that they profess to ignore or pass over—that is, the raising of an issue by claiming to not to mention it. The word was borrowed into English from Late Latin, in which it means "repudiation" (the verb repudiate means "to refuse or reject"), and derives from the Greek apophanai, meaning "to deny."

Apophanai, in turn, comes from apo-, meaning "away from" or "off," and phanai, meaning "to say." This rhetorical term is also known as preterition and paraleipsis. An example of apophasis is in Mark Anthony's famous burial speech in William Shakespeare's Julius Caesar, in which Anthony says that he comes not to praise or defend Caesar and then in roundabout manner does just that. In other words, the term apophasis implies subtle insinuation.

These lessons in current rhetoric could go on, but as Hubert Humphrey used to say when he talked too long, "I'm like the little boy who said he knew how to spell 'banana' but didn't know when to stop." Other devices, such as the rhetorical question—from Mr. Reagan's famous, "Are you happier today than when Mr. Carter became President?" to Mr. Mondale's, "Why can't we reach agreements to save this Earth?"—will not be mentioned here. (That old trick is called apophasis, saying something by artfully declining to say it; nobody's pulled that yet this year.)
— William Safire, The New York Times, 19 Aug. 1984 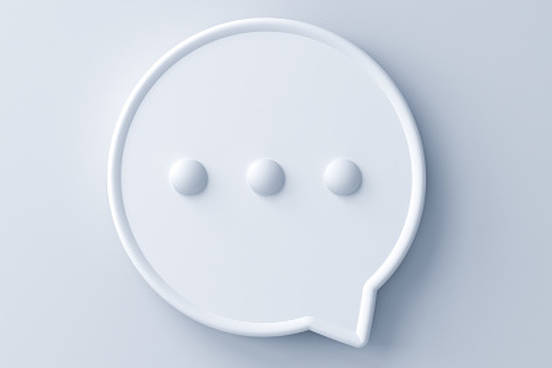 Tergiversation is synonymous with evasiveness or equivocation. It is a word for a slippery refusal to give a straight answer that derives from the Latin verb tergiversari, which means "to show reluctance." The root is a combination of tergum, meaning "back," and versare, a form of vertere, "to turn." It is logical, then, that a verb literally meaning "to turn back" came to signify reluctance in Latin, and that English adopted and modified the word to refer to situations in which someone is reluctant to respond directly.

Tergiversari also gave English the verb tergiversate, meaning "to engage in tergiversation," and the much rarer adjective tergiversant, "tending to evade," as well as the noun tergiversator, "one who tergiversates." Incidentally, tergiversation has developed a second sense of "the desertion of a cause, position, party, or faith."

During the government shutdown, Graham's tergiversations—sorry, this is the precise word—have amazed. On a recent day, in 90 minutes he went from "I don't know" whether the president has the power to declare an emergency and divert into wall-building funds appropriated by Congress for other purposes, to "Time for President ... to use emergency powers to build Wall." The next day he scrambled up the escalation ladder by using capitalization: "Declare a national emergency NOW. Build a wall NOW." Two days later he scampered down a few rungs, calling for his hero to accept a short-term funding measure to open the government while wall negotiations continue.
— George F. Will, The Washington Post, 22 Jan. 2019 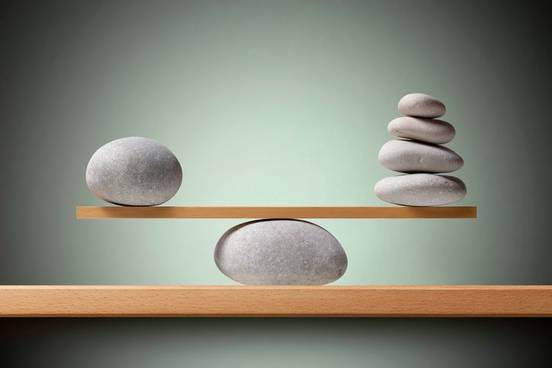 Equivocation suggests deliberate evasiveness in wording or the use of ambiguous or equivocal language. It comes from Late Latin aequivocus, which derives from aequi-, meaning "equal" or "equally," and voc- or vox, meaning "voice." But don't let that etymology mislead you: equivocation implies deception.

The fallacy of equivocation occurs when someone uses a word or phrase that has two different meanings depending on its context. "Gambling should be legalized everywhere because it is something we can't avoid. It is part of life itself. People gamble every time they get behind the wheel of their cars…." The word "gambling" is used in two different contexts, creating ambiguity or equivocation.
— Brandon Royal, The Little Blue Reasoning Book, 2015