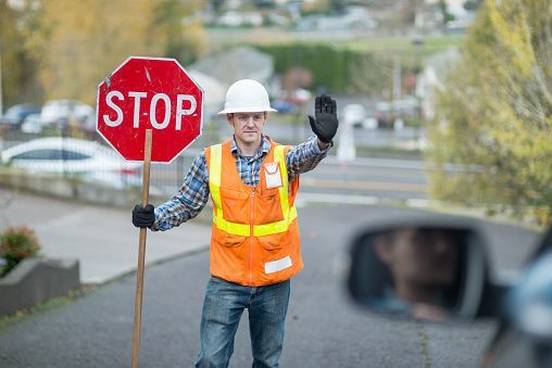 Pushback is today often found used in a figurative manner, with no physical objects being pushed.

A social moderate, Mr. Pataki signed a gay rights bill while in office, is in favor of abortion rights and passed a tough gun-control law that received pushback from conservatives.
— Heather Haddon, The Wall Street Journal, 23 Apr. 2015

In the 1930s the word was often found applied to a new type of seat found in movie theaters.

It was the plan of Harry Greenman, manager, to allow the patrons to seat themselves in the new “push-back” seats for the first time in the dark.
— St. Louis Globe-Democrat, 9 Nov. 1939

Much of the early use of pushback as a noun comes during the Second World War, in reference to the pushing back of troops.

What actually has happened is that the Reds achieved a push-back of the Finnish front line of resistance and not a break-through.
— The Des Moines Register (Des Moines, IA), 7 Mar. 1940

Whatever he does, the Russian push-back is of immense help to the western democracies in western, middle and far eastern areas.
— Democrat and Chronicle (Rochester, NY), 16 Dec. 1941 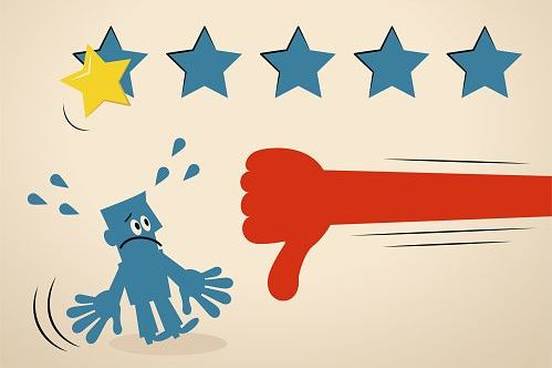 Definition - an unforeseen and unwanted effect, result, or set of repercussions

The oldest sense of blowback was often regrettably literal, describing “an act of blowing back; especially, escape backward of imperfectly burned gunpowder after a shot.” Early instances of blowback also frequently referred to engines or boilers.

The papers say that “the accident was caused by the blow-back forcing the flames out of the furnace when the door was open.”
— Railroad Gazette (New York, NY), 27 Oct. 1882 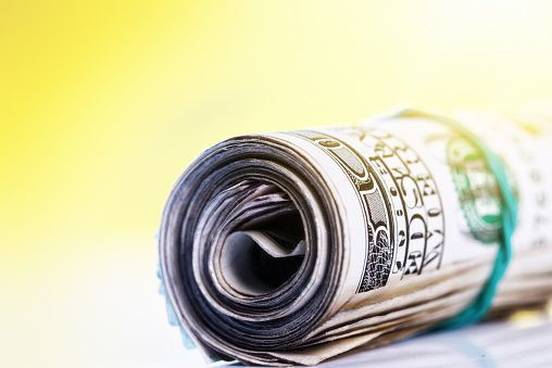 Kickback has been used to describe money gotten in return for coercion or pressure since the early portion of the 20th century. The word can also mean “a sharp violent reaction,” a sense which has been in use slightly longer.

Prushansky admitted he had taken taken in procuring "kick-backs," or portions of salary from other painters for a man described as Sam.
— New York Herald Tribune, 6 Jan., 1934

M. Welter lost the little finger of his left hand while operating a saw, and his brother sustained a deep cut on the chin when the crank of a tractor struck him in a “kick-back.”
— The Sacramento Bee (Sacramento, CA), 24 Dec. 1921 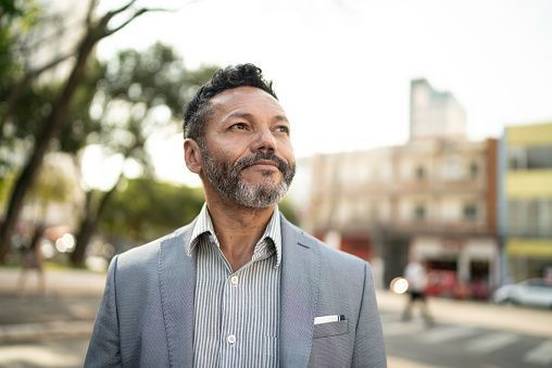 Definition - a past incident recurring vividly in the mind

Flashbacks most often refer to the experience of revisiting something, as in “interruption of chronological sequence (as in a film or literary work) by interjection of events of earlier occurrence” or “a brief recurrence of a psychedelic experience.”

"What are going to be the triggers for doctors and nurses for future PTSD?" she said. "The person performing my surgery could suddenly be having a flashback in the middle of my procedure.”
— Rick Jervis, USA Today (McLean, VA), 5 May 2020

Prior to these uses flashback was used to describe “a recession of flame to an unwanted position (as into a blowpipe).”

The court of inquiry designated it as a flashback. The burning powder dropped below into the handling room, igniting eight other sections of smokeless powder, which resulted in the death of every man in the turret.
— Sioux City Journal (Sioux City, IA), 31 May 1904 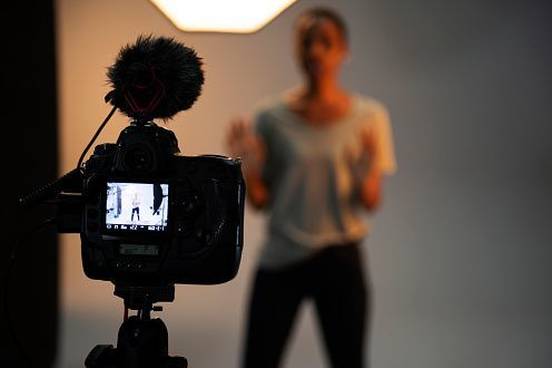 Definition - a second or additional audition for a theatrical part

Callbacks have been around since the 19th century, initially such meanings as “a return call,” or “a recall of an employee to work after a lay-off.” The theatrical meaning (“a second or additional audition for a role, as in a play or motion picture”) is a relative newcomer, not appearing until the middle of the 20th century.

it was found that most residents of the city knew by the middle of April where they would move. In cases where they are uncertain a “call-back” is noted and the house revisited after May 1.
— Chicago Daily Tribune, 26 Apr. 1891 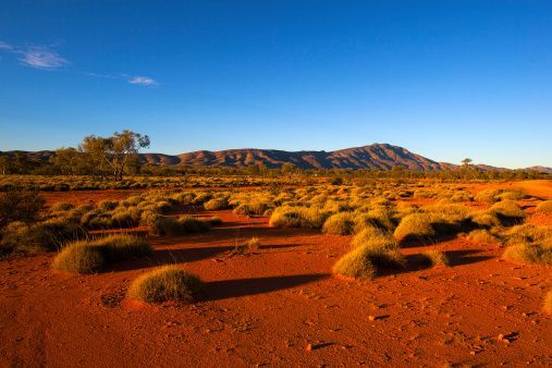 Although outback may refer to the isolated rural territory of any country the word is primarily associated with Australia. It began to be used there, first as an adverb, in the mid-19th century.

The country out back, between the Darling and the Paroo, Cuttaburra, Wilson, and Bulloo, is in a dreadful state.
— The Maitland Mercury (NSW, Aus.), 7 Jul. 1870

By the end of the 19th century the word was moving towards noun-hood, and found used in attributive fashion.

Among the successful half-dozen performers was the "out-back" representative, Merrigal, who pulled off the big handicap cleverly from Juan, who carried the straight going and popular yellow and black livery of Mr. R. Allen.
— The Daily Telegraph (Sydney, Aus.), 26 Oct. 1891

By the end of the century outback was routinely and clearly used as a noun, especially in Australia and New Zealand.

They have passed through great trials in the past, and much discomfort in their isolation from their fellow creatures, while building up their homes on the out-back.
— Weekly Times (Melbourne, Aus.), 23 Sept. 1899 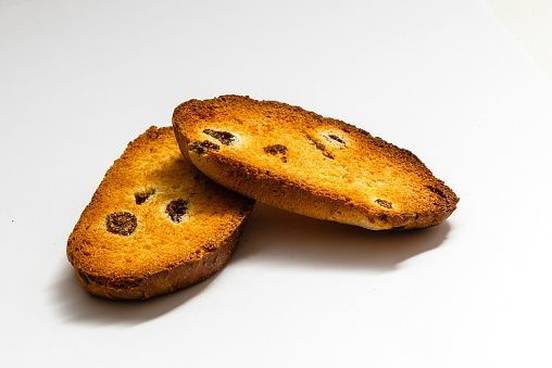 Zwieback differs slightly from the other words on this list, which all come from the Old English bæc, meaning “back.” Zwieback comes from the German words zwie- (“twice”) and backen (“to bake”). The biscuit shares its ‘twice cooked’ etymology with such words as biscuit and biscotti.

Presburger Zwieback. Presburger Biscuits. These Biscuits are but recently introduced from Germany, they are there highly esteemed and universally used as a Wine and Coffee Biscuit.
— (advt.) Norfolk Chronicle (Norfolk, Eng.), 9 Nov. 1839 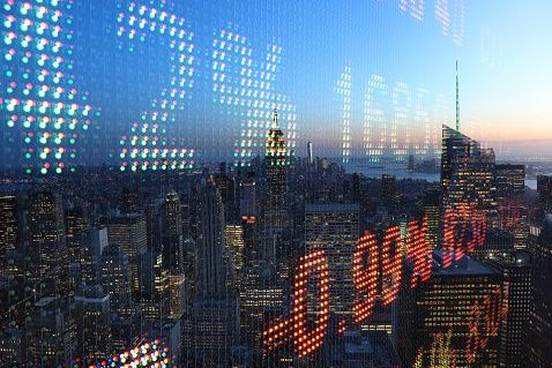 Definition - the act or an instance of buying something back

Our definition for buyback states that it is especially used to mean “the repurchase by a corporation of shares of its own common stock usually on the open market.” The earliest uses of the word, dating to the beginning of the 20th century, are often found in advertisements by merchants who had a buyback policy as a guarantee of satisfaction.

The customer’s satisfaction was assured, and on our buy back policy we naturally could not afford to take chances.
— (advt.) The New York Times, 3 Jun. 1909

While the stock-related sense of buyback may still be the most common one, in recent years there has been a marked increase in use of the word applied to the repurchasing of firearms.

The department last held a gun buy-back in 2008, where it collected 33 guns and offered $50 a weapon, according to police spokesman Cmdr. John Ferdinardo.
— Chicago Tribune, 2 Apr. 2015