This week’s top lookups were so much fun 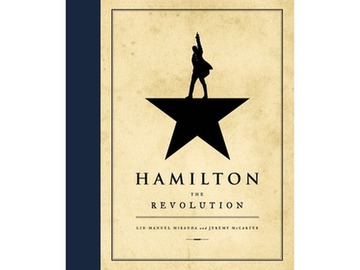 The release of the "Hamiltome" sent Hamilton fans to the dictionary on 4/12.

The release of Hamilton: the Revolution, known popularly as the #Hamiltome, led to a spike in lookups for tome on 4/12 as more than one of the hit musical Hamilton's fans admitted to looking up the hashtag's definition. And yes, Noah Webster was a Federalist.

Our streak of fun lookups continued when a showing of The Cabinet of Dr. Caligari on Turner Classic Movies led to a spike in lookups for somnambulist on 4/13—not too late at night, however.

Things got dark for a moment when affluenza spiked following the news of Ethan Couch's sentence on 4/13, then picked back up again with another entertaining trend on 4/14, as a Reddit "Today I Learned" thread sent people to the dictionary to verify the definition of velleity. It's an incredibly useful word.

Then the Democratic debate on Thursday night ruined everything with a surge in lookups for equivocate and implacable, as well as socialism (as usual), fracking, unequivocal, fossil fuel, haughty, Deep South, gesticulation, and pander.

It was fun while it lasted.