Calling 'Dibs': It's A Child's Game

Before calling them, people threw them.

"Dibs on that last slice of pizza!"; "I call dibs on the front seat." More than likely, you've heard expressions like these, but—really—why dibs? It kind of sounds like divs, but having dibs doesn't imply dividing or sharing—the person wants the whole thing. We'll call dibs on divulging the origins of the term (sort of). 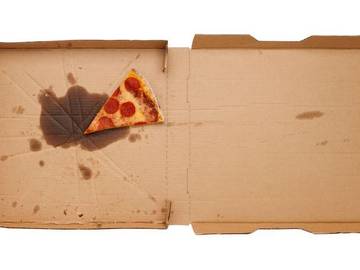 "On second thought, you can take it."

When someone says that they have dibs on something, they claim or declare rights to that thing before anyone else. Dibs in this sense is children's slang that goes back to the early 1900s. By mid-20th century, it had made its way into the more formal writing of some adult users of English, though even today dibs remains more prevalent among the young.

… whenever he got an idea for a story, an article or a play … he jotted down a note on [a penny postcard] and mailed it to himself. He was not only reminded when it arrived, but it seems the postoffice stamp gave him some sort of dibs on copyright.
— Claudia Cassidy, The Chicago Sunday Tribune, 10 June 1951

The term is derived from an old children's game called dibstones, which takes its name from the obsolete verb dib, meaning "to dab" or "to pat." (For our angler friends, in the past, "to dib" also meant "to fish by letting the bait bob and dip lightly.") Dibstones, or dibs for short, has had many different incarnations over the years, some of which date back to the 17th century. In most versions, it closely resembled the game of jacks, often involving tossing up small objects and catching them on the backs of hands. Other forms of dibstones were similar to what we generally consider to be the game of marbles.

It's not absolutely clear how dibs acquired its sense of "claim" from the game of dibstones. We do know that, in whatever form it took, dibstones almost always centered on the manipulation of small objects, themselves called dibstones or dibs. These dibs could be anything from pebbles to the small knucklebones (which is also a game) of a sheep. It's likely that the game allowed a player to gain privileges over their opponents if the dibs went a certain way. Another theory is that dibs was influenced by dubs, a shortened form of double that is used in the game of marbles as an exclamation to declare one's right to two marbles knocked outside the ring of play. If dibs came to be used in a similar way, it is possible that its meaning broadened over time to convey the more general sense of "rights" or "claim" that it possesses today.

Another playing piece in the history of dibs is its use as a 19th-century American slang term for "money in small amounts."

The path from the "dibstones" dibs to this "money" sense is unmarked—but, undeniably, any game of chance does entice betting. It does seem plausible that the "money" sense influenced the word's application to a "portion" or "share," as recorded in an 1859 dictionary of American thieves' cant entitled Vocabulum, or, The rogue's lexicon and compiled by George W. Matsell.

According to known print evidence, dibs as a general expression for claiming something is a 20th-century development. Perhaps its slang use played a role, but how, exactly, is something we'll let someone else take the first crack at piecing together.