A spin doctor is a person—such as a presidential aide, press agent, or publicist—who is responsible for ensuring that others interpret an event from a particular point of view. The effort of a spin doctor is called spin control, which has been aptly described as a form of "news management." 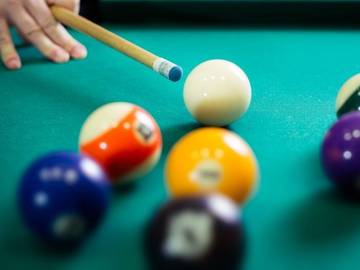 That's what we said, now

The name spin doctor became popular in the early 1980s—specifically, during the Ronald Reagan/Walter Mondale presidential televised debates in 1984. In the October 21, 1984 edition of The New York Times, an editorialist gives an early citation of its use:

Tonight at about 9:30, seconds after the Reagan-Mondale debate ends, a bazaar will suddenly materialize in the press room. … A dozen men in good suits and women in silk dresses will circulate smoothly among the reporters, spouting confident opinions. They won't be just press agents trying to impart a favorable spin to a routine release. They'll be the Spin Doctors, senior advisers to the candidates….

Four days later, the term appears (uncapitalized) in an article by Elisabeth Bumiller in The Washington Post with the gloss "the advisers who talk to reporters and try to put their own spin, or analysis, on the story." Decades later, the term still populates political writings in the sense Bumiller defined.

The term is a combination of a sense of spin, meaning "a special point of view, emphasis, or interpretation presented for the purpose of influencing opinion" and a sense of doctor, meaning "a person who restores, repairs, or fine-tunes things," or perhaps simply "a practitioner."

The figurative use of spin (as in the expression "to spin a yarn") has a long history to consider. In Medieval times, it was often used in such contexts as "spinning one's fate or destiny," as poet Geoffrey Chaucer does in Troilus and Criseyde: "O fatal sustren [the three Fates], which, er any clooth / Me shapen was, my destene me sponne." A couple centuries later, spin was used for telling or fabricating a narrative (as in "spinning fantastic tales") and then the art of drawing out or protracting a discourse ("negotiations were spun out at great length").

Certainly, a case could be made that this spin is meant in the designation spin doctor, but a more likely explanation connects it to the spin placed on a ball to control its movement or delivery, as in tennis, billiards, or baseball—originating from the notion that a spin doctor puts an intentional slant on information presented to the media.

We give a history of the word doctor in its scholarly senses here, if you're interested (and we hope you are)—the sense used in spin doctor, however, suggests a more practical person. By the 20th century, doctor came to designate a person having knowledge in putting things in or restoring things to order—for instance, a play doctor is a person who is called in to revise a play before its production. About the same time, the expressions "what the doctor ordered" (meaning "exactly what is wanted or needed") and "you're the doctor" (meaning "you're the expert") come into play.

It's likely that this "expert" sense of doctor is intended in spin doctor, but it has been suggested that the verb doctor referring to altering or tampering with something for the purpose of deception, as in "doctoring a photo" or "doctoring election results," is being employed. The verb could very well have influenced the use of the noun, but the noun form is the evident etymon.

We're not spin-doctoring here; we're just presenting etymological facts. A spin doctor may stretch the truth, but he or she does so with the intent to manipulate how an event is reported. And with the skill of a doctor, not to mention that of a hustler, they work the angles.