The History of 'Disease'

The word was originally only a sum of its parts

When disease was first used, it referred literally to "lack of ease or comfort" rather than to how it is used today to refer to sickness or problems with bodily function. Disease can still be used today to mean "uncomfortable," but there is usually a hyphen as in "dis-ease." 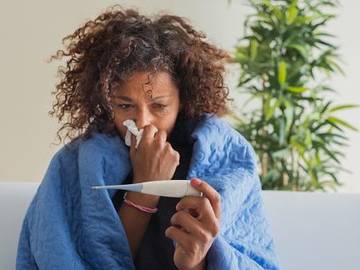 As this article is being written, in the middle of April 2020, one particular disease is on the mind of many (okay, all), but since words are our territory, we're going to focus not on disease-the-phenomenon, but on disease-the-word. Because words are fascinating, and the word disease didn't start out with the meaning it currently has.

Original Use of 'Disease'

That's right: when disease was first used it didn't refer to an illness—that is, to (as our definition puts it) "a condition of the living animal or plant body or one of its parts that impairs normal functioning and is typically manifested by distinguishing signs and symptoms." No, the first meaning of disease was far more transparent than that. As the addition of its second element to the prefix dis- suggests, it was all about a lack of ease.

Ease hasn't changed as much over its 800 year history; the meanings it has relating to the state of being comfortable, including freedom from pain or discomfort, were well-established when disease came on the scene in the 14th century with its "lack of ease" meaning that we can also understand as "trouble, discomfort, uneasiness, distress."

Chaucer used the word this way in "The Manciple's Prologue," from Canterbury Tales:

Where that we goon, that drynke we with us carie.

For that wol turne rancour and disese

This can be rendered in modern English as:

Where'er we go, good drink with us we carry;

For that will turn rancour and all unease

To accord and love, and many a wrong appease.

By the end of the 14th century, per the Oxford English Dictionary, this "lack of ease" meaning had extended into a specific not-feeling-well kind of lack of ease as a general term for "sickness, illness." It wasn't until the 16th century that disease was used to refer to a case of an illness, or to specific illnesses and maladies.

The original meaning of disease is still found in a punctuated form, conveyed in modern use with a neatly placed hyphen: