The History of 'Ballot'

Where your vote comes from

Whether the ballot you fill out is on paper or a touchscreen, it’s still referred to as a ballot. And it’s the word ballot that is our topic here. 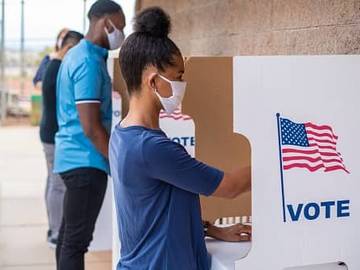 Read this and impress everyone you meet at the polls.

Our tale begins in ancient Athens. Imagine with us that you are there in that long-ago sun-baked land, standing in a dusty plaza at an Athenian assembly, along with other (male, non-slave) people qualified to vote on matters being considered. Before you and the many others are two urns. When you have decided how you will vote on a particular issue, you drop a pebble into one of the urns to signal your choice. Many centuries later, people who study elections are referred to in English as psephologists, and their study as psephology, because of the pebbles you and your countrymen so deposit. Eventually the pebbles are replaced with other voting tokens, and psēphos is used to refer to those as well; psēphos also comes to mean simply “vote.”

Centuries pass, and it’s now the late medieval era. We’re in Venice, where voters are following the Greek example but using small colored or marked balls to vote in public lotteries and elections. In one lottery, gold and silver balls are placed in urns on a pedestal, to be drawn by members of the Great Council to determine nominating committees for state officeholders. The balls are decidedly not pebbles. Instead they are ballotta, “small ball,” in the Venetian form of Italian in use (and in Tuscan, pallottola). Ballotta, like psēphos before it, expands semantically to refer to other tokens used in drawing lots and voting—scraps of linen, paper. Eventually ballotta expands geographically as well, settling comfortably into English in the form ballot some time in the mid-16th century.