Who Is Amerigo Vespucci?

German cartographer Martin Waldseemüller is credited with first using the name America in 1507 on a large 12-panel map based on traveling accounts of explorers of the New World, and in particular those of Italian explorer Amerigo Vespucci. The map, entitled Universalis Cosmographia, was included in the book Cosmographiae Introductio (Introduction of Cosmography) along with a translation to Latin of Quattuor Americi Vespuccij navigations (Four Voyages of Americo Vespucci), which is said to be written by Vespucci but that some historians believe is a forgery. 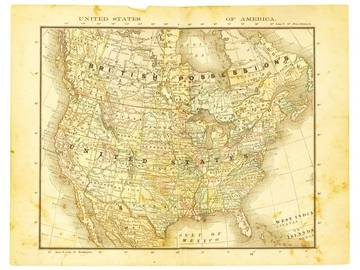 It's fun when an etymology lesson is also a history lesson. Right?

Waldseemüller labeled the part of the world that he envisioned as explored by Vespucci, America, feminizing the Latin form of Vespucci's given name, Americus. He chose the feminine form to be consistent with the Latinized names of other countries at the time, such as Europa and Asia. It was geographer Gerardus Mercator who extended the name America to include all of the Western Hemisphere.

Beginning in the 17th century, America was used metaphorically by English writers to refer to a place in which one longs to reach.

Licence my roaving hands, and let them go / Before, behind, between, above, below. / O my America! my new-found-land / My Kingdom, safeliest when with one man man'd.
— John Donne, "To His Mistress Going to Bed," 1654

Columbia (from the name of Italian explorer Christopher Columbus, who was, incidentally, a friend of Vespucci's) was also used as a substitute for America, but that, deservedly so (in retrospect), never caught on.

I don't know where this country of yours is, but I'm for it. I guess it must be a branch of the United States, though, for the poetry guys and the schoolmarms call us Columbia, too, sometimes.
— O. Henry, "The Gold That Glittered," 1910