The Words of P. G. Wodehouse 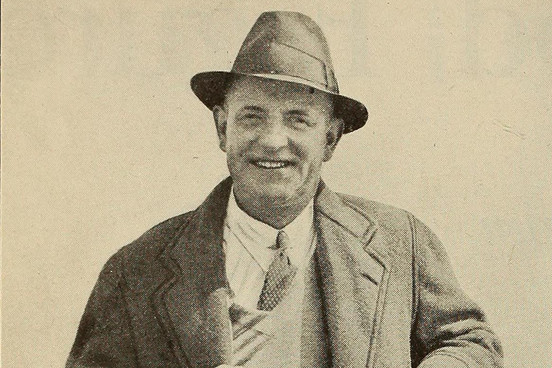 P. G. Wodehouse (1881-1975) was an English-born comic novelist, short-story writer, lyricist, and playwright who is best known as creator of the supreme “gentleman’s gentleman,” the effortlessly superior valet named Jeeves. The complicated plots of these stories involve romantic confusions and gentle skewering of upper-class society, as well as endless problems solved by Jeeves for his employer, Bertie Wooster, a bachelor who lives a carefree existence of cocktail parties and society dinners.

Wodehouse (pronounced \WOOD-howss\) was incredibly prolific: he wrote more than 90 books, collaborated on more than 30 plays and musical comedies, and wrote more than 20 film scripts. His writing is facile and flowing and funny, and his choice of unusual and colorful words is inseparable from the dry comic wit in his stories. 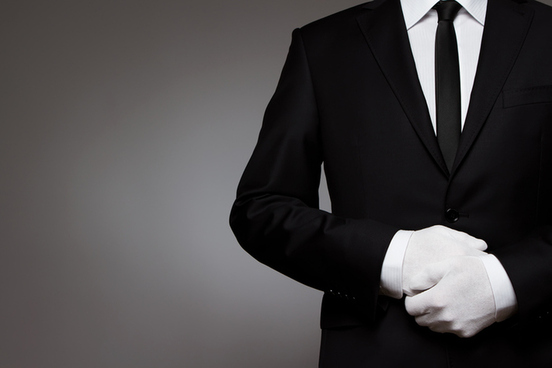 The word most associated with the character of Jeeves, the ultimate manservant, is perfect. He seems to know everything there is to know and how to solve any problem with effortless grace, tact, and efficiency. Like another indelible character whose persona exaggerates the best qualities of his profession, sherlock, Jeeves is entered in the dictionary as a generic noun. Jeeves means “a valet or butler especially of model behavior.”

The creation of this perfect and perfectly knowledgeable servant has since inspired everything from C-3PO to Ask.com’s mascot, and the inclusion in the dictionary of his name as an entry is the result of very specific criteria: for our print Unabridged dictionary, only those literary names that are frequently used in a generic way outside of the works of their creators to refer to the qualities they depict within those works are added to the dictionary. A good example is romeo, added to mean “a male lover.” One good test to see if a character’s name has achieved generic status is to fill in the blank with the character’s name: “That person is a real _____.”

Because characters from Shakespeare and Greek and Roman mythology are important for students, such names have been part of our Collegiate dictionary for some time, and the liberation from space restrictions online has allowed us to add them recently to our online Unabridged as well. 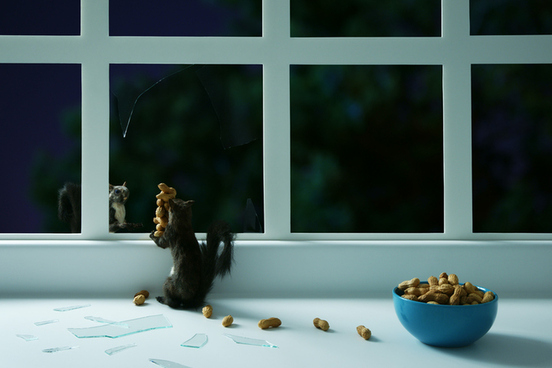 The charm of burglarious comes partly from its relative rareness and partly from its very formal tone (perhaps the two things are not unrelated). It’s one of those words that always seems funny, because burglar is such a common and straightforward word that it seems to require no fancy sounding related adjective. More common words like thieving exist, but usually we think of this kind of modifier with less specificity: illegal or surreptitious.

Had he been seen at the time of his burglarious entry?
—The Pothunters

It was still Steve's intention to remove, steal, purloin, and kidnap William Bannister that night, but now that the moment had come for doing it he was nervous. He was not used to this sort of thing. He was an honest ex-middleweight, not a burglar; and just now he felt particularly burglarious
—The Coming of Bill

Spennie's idea had been to establish an alibi by mingling with the throng for a few minutes, and then to get through his burglarious specialty during the duologue, when his absence would not be noticed.
—The Intrusion of Jimmy 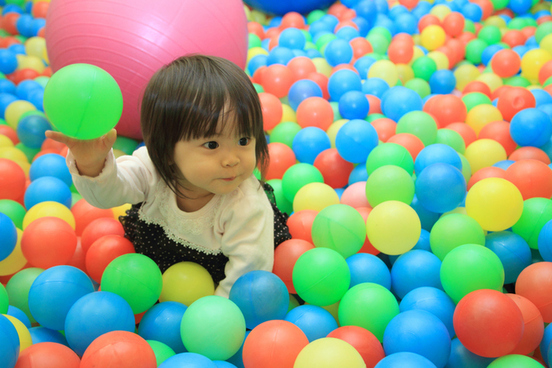 Bally is a word particularly favored by Bertie Wooster. Like Bertie, it’s colorful and informal, but not vulgar: it began as a euphemism for the British intensifier bloody, which our dictionary labels as “sometimes offensive,” and, though Bertie’s actions may sometimes be suspect, his manners are always impeccable.

Of course, if he was going to be as bally unsympathetic as that there was nothing to be done.
—Jeeves and the Chump Cyril

I remember when I was a kid at school having to learn a poem of sorts about a fellow named Pig-something--a sculptor he would have been, no doubt--who made a statue of a girl, and what should happen one morning but that the bally thing suddenly came to life.
—Right Ho, Jeeves

"Well, it's bally awkward, you know, Jeeves. She looks on me as an intruder.”
—My Man Jeeves 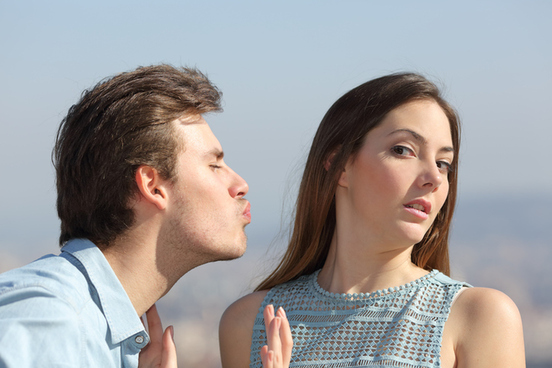 Opprobrious is defined as “expressive of or deserving opprobrium,” and opprobrium means “something that brings disgrace” or “public disgrace or ill fame that follows from conduct considered grossly wrong or vicious.” It also has a sense labeled obsolete in our Unabridged dictionary meaning “a hateful or insulting utterance.”

Opprobrious is used by Bertie Wooster in his narration:

He replied that it was, adding that if I wanted to make sure I might move a few feet over in his direction. He also called me an opprobrious name.
—Right Ho, Jeeves

But, in a way, it is the most Jeeveslike of words, since the gentleman’s gentleman is always at pains to distance himself rhetorically from unpleasantness in order to maintain his formal and dignified manner of speech. This is captured perfectly in Clive Exton’s choice of opprobrious in his script for the television adaptation of Jeeves and Wooster starring Stephen Fry and Hugh Laurie, in which Jeeves can’t even bring himself to quote an insulting remark:

Jeeves: The lad is of an outspoken disposition, sir, and had made an opprobrious remark respecting my appearance.

Bertie Wooster: What did he say about your appearance?

Jeeves: I do not recall, sir. But it was opprobrious. 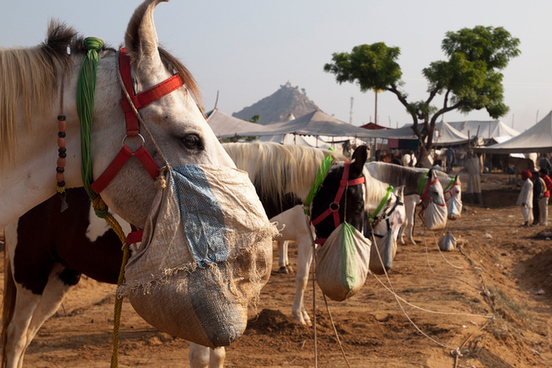 Nosebag is a British term for the canvas bag used for feeding animals, especially horses, that is fastened on the top of an animal’s head and covers its muzzle. A synonym is feed bag.

Given the moneyed circumstances and the life of leisure led by Bertie Wooster, it’s a striking choice as a word for “food” or “meal” for him, emphasizing the slangy and trendy vernacular that he would choose—while presumably wearing Saville Row suits and sipping the best whiskey:

Biffy's man came in with the nose-bags and we sat down to lunch.
—Carry on, Jeeves

Wodehouse also employed the phrase “to put on the nosebag” meaning “to eat” or “to begin eating” (“put on the feedbag" is a parallel idiom):

I must rush. I'm putting on the nosebag with a popsy.
—Bachelors Anonymous 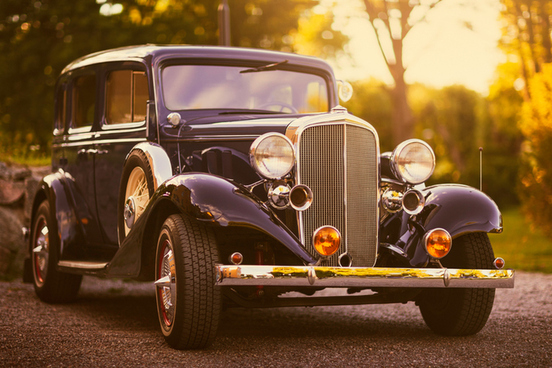 The salutation toodle-oo, meaning “good-bye” or “so long,” is forever associated with carefree, upper-class Brits, in part because of its frequent use in the works of Wodehouse. Its use began in the years after 1900, and is thought to have its origins in the sound of the then-newfangled car horns that sometimes signaled arrivals and departures. (The similarly onomatopoeic toot precedes toodle-oo by about 400 years.)

Another expression of a car horn's sound, pip-pip, is closely associated with toodle-oo, and frequently appears with it in Wodehouse’s narratives: 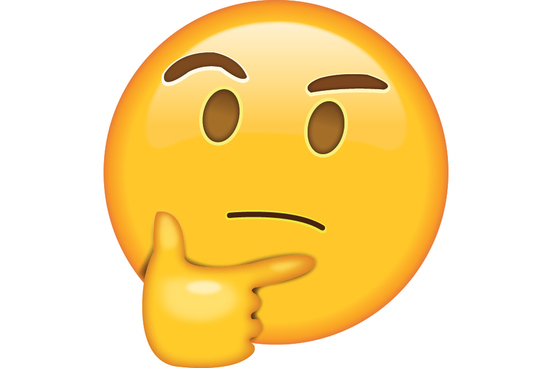 One of the most frequently repeated of the colorful adjectives used by Wodehouse is rummy, meaning “marked by oddness or idiosyncrasies” or “queer,” and dating in this peculiar use to the early 1800s.

It is unrelated to the rum that means an alcoholic beverage (though another word rummy, derived from the name of the drink, means “drunkard” or “a dealer in or distiller of intoxicating liquor”). Instead, it comes from the British English word rum meaning “odd” and “difficult” or “dangerous.”

Rummy in these sentences could be replaced with “odd” or “strange”:

I don't know why it is, but there's something about the rural districts after dark that always has a rummy effect on me.
—Right Ho, Jeeves

It's a rummy thing, but I had finished breakfast and gone out and got as far as the lift before I remembered what it was that I had meant to do to reward Jeeves for his really sporting behaviour in this matter of the chump Cyril.
—Jeeves and the Chump Cyril

"Oh, absolutely. We're quite good friends again now. No use being in the same house and not being on speaking terms. It's rummy how the passage of time sort of changes a fellow's point of view.”
—Three Men and a Maid 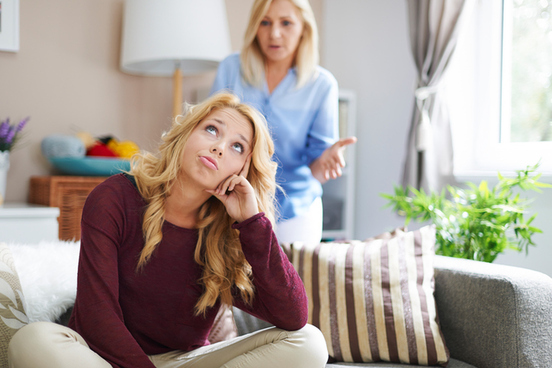 Wodehouse’s inventiveness wasn’t limited to crafting seemingly effortless prose that celebrated the joyful combination of clarity and dry humor: he sometimes invented words, too. His coinage snooter is defined in the Oxford English Dictionary as “to harass, to bedevil, to snub.” It was a favored word of Bertie Wooster, but used in other novels as well:

My Aunt Agatha...wouldn't be on hand to snooter me for at least another six weeks.
—Inimitable Jeeves

“You know, Jeeves,” I said, “when you really start to look into it, it’s perfectly amazing how the opposite sex seems to go out of its way to snooter me.”
—Code of the Woosters

He isn't what you might call one of my greatest admirers, but everybody says he's a square sort of cove and he'll see you aren't snootered.
—Indiscretions of Archie

Snoot, of course, can mean “snout” or “nose,” and Wodehouse does use snootful to mean “enough alcoholic liquor to cause drunkenness.”

He also invented idioms: squiggle-eyed means “to view askance or unfavorably.” Squiggle is entered by itself in our dictionaries, but the idiosyncratic squiggle-eyed appears only in the OED:

There is a certain stage in the progress of a man's love when he feels like curling up in a ball and making little bleating noises if the object of his affections so much as looks squiggle-eyed at him.
—Meet Mr. Mulliner 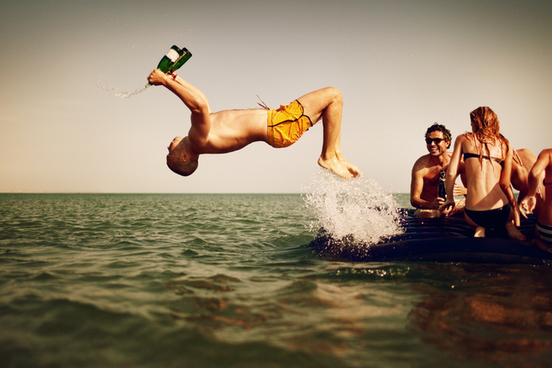 Wodehouse clearly loved funny-sounding words and names (Augustus “Gussie” Fink-Nottle is among the great parodies of upper-crust British names, and just one of many created by Wodehouse). He spent much of his life in America, where he encountered rannygazoo (which seems to be American in origin, according to the Oxford English Dictionary) and is used to mean “nonsense” or “fuss”:

I'll hang around for a while just in case friend Pilbeam starts any rannygazoo.
—Bill the Conqueror

I had hoped that tonight’s rannygazoo would have culminated in a thorough sweetening of Uncle Percy and a consequent straightening out of the tangle.
—Joy in the Morning

He also used it to mean “pranks” or “tricks,” and put it in the mouth of Anatole, the prized French chef who threatens to quit:

Rannygazoo never caught on enough to be entered in a Merriam-Webster dictionary, though it was indeed used outside of Wodehouse’s writings. Here’s an example from the sports pages of Newsweek

Since baseball and baseball form have been familiar to professional gamblers much longer than football and football form, which used to be strictly a college man’s concern, I imagine the Minneapolis calculator gave the bookmaker a sound price list and attempted none of the rannygazoo pulled on football bookmakers in the days when professionals first discovered this rich field.
—John Lardner, Newsweek, 21 August 1944