12 Words to Know for the Winter Olympics

Celebrating the thrill of victory and the agony of defeat, or something. 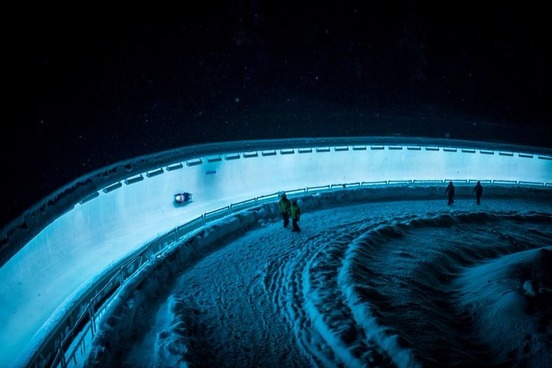 The French word for sled gives us the riding implement and event called luge. Among the three track sledding sports—luge, skeleton, and bobsled—luge is ridden in a supine position and is the only one where the participant begins the race already positioned on the sled. In the Winter Olympics, there are solo and two-person luge events. 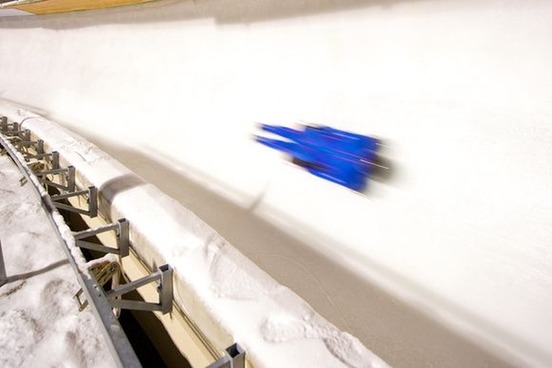 Named for what was once a rudimentary sled, skeleton is ridden with the racer headfirst in a prone position. Unlike in luge, the racer sprints to accumulate speed before hopping onto the sled. 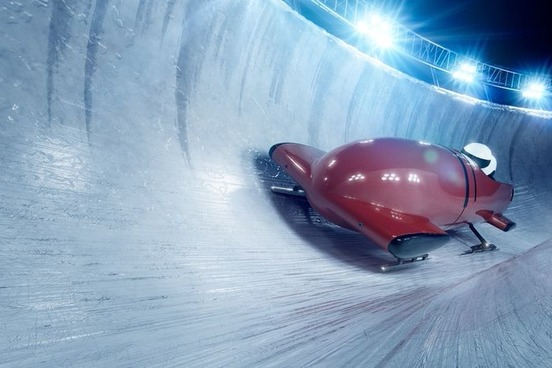 Bobsled and the less frequently encountered bobsleigh are two words for the same apparatus ridden by two-person and four-person teams.

Unlike skeleton or luge, bobsleds have mechanisms for steering, along with two sets of runners in tandem. Team members push off to launch, and those that aren't steering must contort themselves behind the driver to reduce wind resistance. The rearmost bobsledder is also responsible for activating the brake after the sled has crossed the finish line. 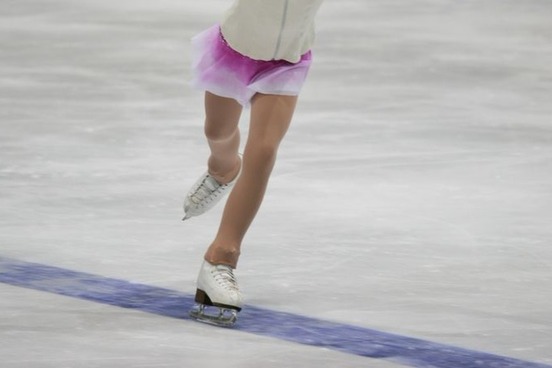 An axel is "a jump in figure skating from the outer forward edge of one skate with 1¹/₂ turns taken in the air and a return to the outer backward edge of the other skate." When an additional full rotation is added to the jump, it becomes a double axel; two full rotations, a triple axel, and so on.

Given its rotational movement, you might be inclined to think that axel is somehow related to our word axle, but it's not—it's named for Axel Paulsen (1855-1938), a Norwegian figure skater who is credited with inventing the jump. 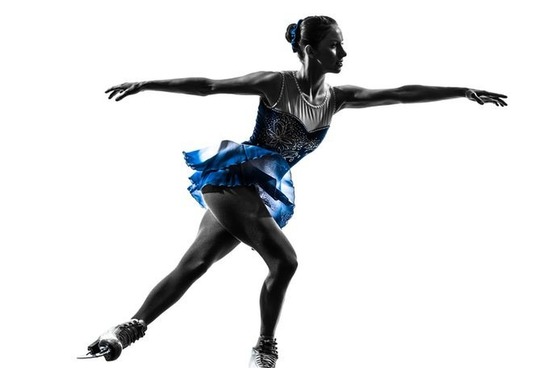 While some attribute to the term to Alois Lutz, a little-known Austrian figure skater from the 1920s, a more probable source is the Swiss-American Gustave Lussi (1898-1993). Initially a competitive ski jumper, Lussi's claim to fame came as a figure skating coach. He coached Dick Button, among others, and applied lessons in physics to enhanced spin techniques that are still used in the sport today. 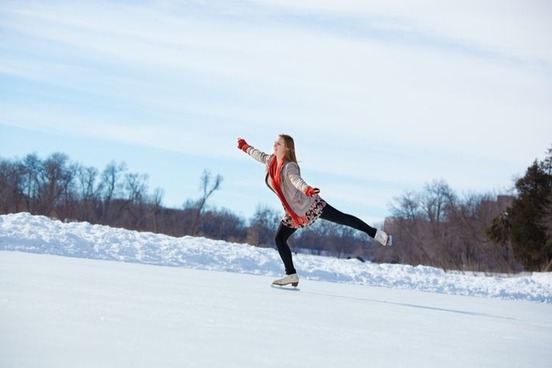 A salchow is "a figure-skating jump with a takeoff from the back inside edge of one skate followed by one or more full turns in the air and a landing on the back outside edge of the opposite skate."

Ulrich Salchow (1877-1949), the namesake of his signature move, earned the first-ever Olympic medal in men's figure skating as part of the 1908 games in London. If something about that date strikes you as odd, nice catch. Figure skating was then part of the Summer Games; the Winter Olympics as we know them today didn't begin until 1924. 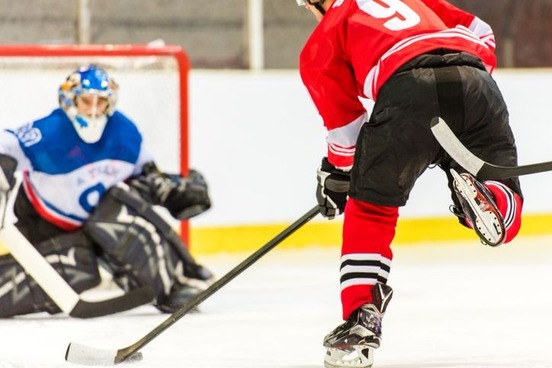 We tend to associate hat trick with ice hockey, where the scoring of three goals has spawned the tradition of fans throwing their hats on the rink in celebration. But the hat trick actually originated with a game that would be rather unpleasant to play in the snow: cricket.

In cricket, a hat trick is when a bowler gets three consecutive wickets (or outs) in three consecutive balls. It's such a rare occurrence that in the 19th century this feat entitled the bowler to a prize from his club, and that prize was usually a hat. Since hats aren't as fashionable as they were in the 1800s, and hockey players already wear helmets, it's not clear where those tossed on the ice go after they're picked up by those poor arena attendants. 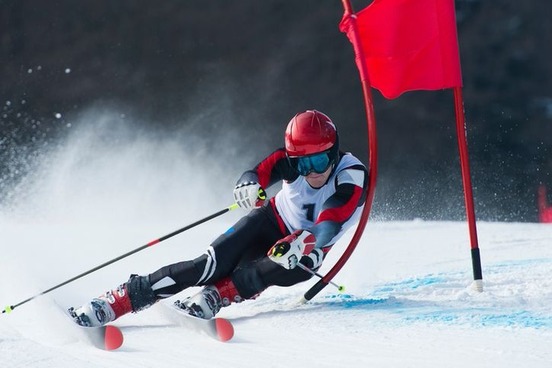 Slalom derives appropriately from the Norwegian word slalåm, meaning "sloping track." It describes the event in which downhill skiers must clear a series of gates by skiing around them in a zigzag course.

The modern slalom is credited to a British skier named Arnold Lunn (1888-1974). Today's Winter Olympics also include the giant slalom in skiing and snowboarding, with more of an emphasis on speed and gates spaced wider apart. 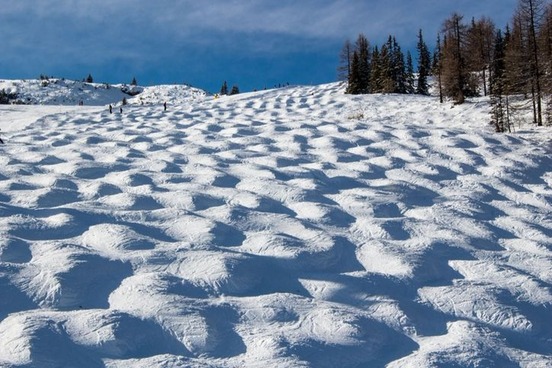 A mogul is a bump in a ski run. The moguls are usually formed from the tendency of snow to collect into mounds as skiers do sharp turns. The moguls are then used to perform turns and aerial maneuvers.

The word is not related to the mogul that refers to a wealthy or powerful individual (as in a casino mogul), which derives from the Persian word for someone from Mongolia. The hill sense of mogul derives from a word (mugl) that means "small hill" in some German dialects. 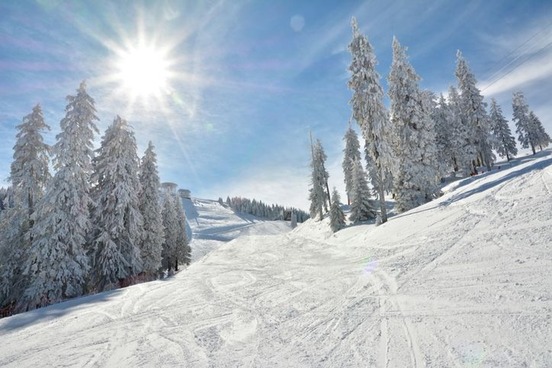 The French term piste refers to a downhill ski trail. It derives from the Old Italian verb pistare, meaning "to trample down," and is related to our word piston.

The term off piste is occasionally used to refer to leisurely (and sometimes illicit) skiing done outside official marked trails. 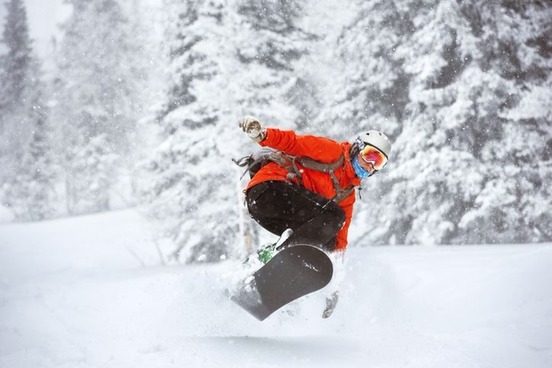 In snowboarding, an ollie is a maneuver "in which the rider transfers weight from the front to the back foot to snap the board up off the ground." This is different from a pop, which occurs when a rider jumps using both feet simultaneously.

Ollie is borrowed from skateboarding, in which the skater kicks the tail of the board down while jumping in order to make the board pop into the air. And it's a skateboarder—Alan "Ollie" Gelfand (b. 1963)—for whom the move is named. 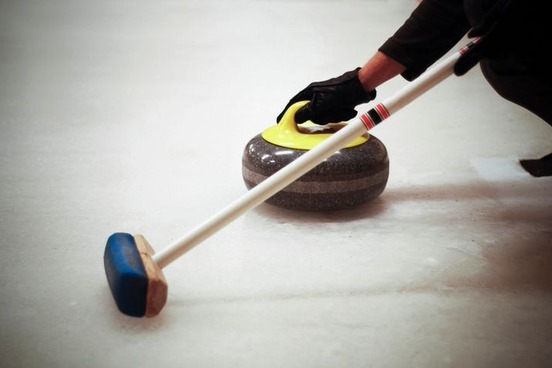 The game of curling is purported to have originated in Scotland, with the name supposedly echoing the motion of the stone as it travels over ice. Though believed to be once played in a manner similar to quoits (an old ring-toss game), it later took on rules similar to lawn bowling.

Curling isn't the only relatively common word pulled into a new meaning by the sport: the playing area in curling is known as the sheet, with the object of the game being to deliver rocks (or stones) toward a target known as the house. The middle circle in the house is called the button.