Why Do We Have 'Pet Peeves'?

Are they different from 'feral peeves'?

Many people have peeves, which we suppose are an ineluctable part of the human condition. A considerable portion of these folk have peeves about language. Of that group a not-insignificant number have a peeve about back formations, which we define as “a word formed by subtraction of a real or supposed affix from an already existing longer word" (such as burgle from burglarize, and televise from television). The word peeve itself is a back formation, so this small fact may come in very handy someday, should you encounter someone with this specific grievance. 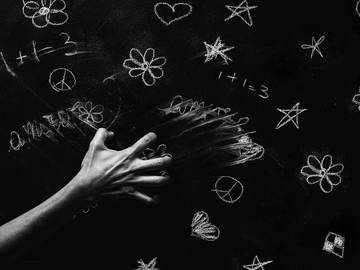 'Pet' began to be used ironically in the 19th century, paired with words like 'hate' and 'aversion.'

Peeve is a relatively recent word, with either little or no use prior to the 20th century. It came from chopping down the existing peevish, a word of considerably greater lineage.

I dout nat but some popish doctor or pevish proctor wyl grunt at this treatise….
— Martin Bucer, A Treatise, 1535

And as do these folysh ypocryts which rather that they wold sell theyr worke to god for everlastynge ioy of heuen, sell yt all to the world for the peuysh plesure of ye vayn prayse puffed out of pore mortall mennys mouthes wyth a blast of wynde.
— Thomas More, A Dialogue of Syr Thomas More Kinghte, 1529

Peevish, which comes from the Middle English pevish (meaning “spiteful”), has had a small range of closely-related meanings over the years (it’s been in use since the 15th century): “querulous, fretful,” “perversely obstinate,” and “marked by ill temper.”

Around the end of the 19th century we began to use peeve as a verb, and the noun senses (“a feeling or mood of resentment” and “a particular grievance or source of aggravation”) came soon after. Why do we call them pet peeves? Is it because they are domesticated, as opposed to the hordes of feral peeves which have been known to sprout up in intellectually downtrodden areas? No. It is because of a fairly logical progression in the way that we have used pet over the past few centuries.

Pet has been in use as an adjective since the late 16th century, initially in the sense of “kept or taken as a pet.” This use of pet (as in pet dog or pet lamb) remained the primary sense of this part of speech until the 19th century, when the word broadened in meaning, and began to be employed to refer to things which were particularly beloved or cherished. By the middle of the 19th century the word was being used in an ironic manner, coupled with nouns such as hate, aversion, or dislike.

The good general’s prime aversion, his pet hatred, had of course fallen upon his nearest opponent, his next neighbour, who—besides the sin of espousing one interest in H—shire ... had committed the unpardonable crime of making his own large fortune as a Russia merchant.
— Le Belle Assemblée (London), 1 Aug. 1833

It was a case where a scene could be got up, and commotion could be excited; and flogging in the army all at once became the dear disgust, the pet aversion, of the people of England.
— The Bombay (India) Times, 12 Sept. 1846

Almost immediately after peeve began to be the word that people would use to refer to such annoyances as “that noise you make when you chew” and “there is a difference between amuse and bemuse” it was paired with pet, and now the two words are very often found in each other’s company.

Bill would resent any such reflection from an outsider, but just now he is nursing a pet peeve over the fact that this city harbors a person or persons who are altogether too careless in their methods of living.
— The State Journal (Lansing (Michigan), 11 Aug. 1915

And Another Pair of Folks who Slip Dedalian Swats to Anything Resembling a Pet Peeve are found in Bonita and Lew Hearn.
— advertisement, The Seattle Daily Times, 9 Mar. 1915

Now you are armed with a suitably annoying fact, should anyone tell you that they don't like words created by shortening other words. And if you never meet such a person, at least you know where your own pet peeves have come from.

MORE TO EXPLORE: What to Call That Weird Thing Your Pet Does