Why does 'indifferent' have so many meanings?

How to differentiate between them

Considering that the word indifferent is so often concerned with neutrality and a certain lack of variation in sentiment, it is puzzling that it should have such a wide variety of meanings. But no one ever promised that the English language would make sense. 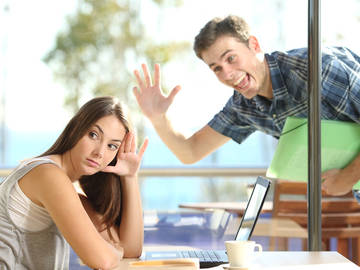 You can usually tell which sense of 'indifferent' is meant from context. For instance, most people can distinguish between the intended meanings of this single word when it is used in the following two examples: “he was a fair and indifferent critic” and “she found herself curiously indifferent to his courtship.”

Indifferent has been a part of the English language for a fairly long time, since the 14th century. The earliest known meaning of the word was “marked by impartiality,” or “unbiased, unprejudiced.” In early use the word was predominately applied to people, especially judges.

And the stewarde is bounde by lawe and conscience to be an indifferent iudge bytwene the lorde and his tenauntes….
— John Fitzherbert, Here Begynneth a Ryght Frutefull Mater, 1523

By the early 16th century to word began to broaden, and be applied to the concept of justice itself (rather than the people who designated it), as well as being employed in a manner that is more familiar to those of us who use the word today, used in reference to things which are viewed as having little consequence. About this time indifferent was also beginning to be used in the sense of “marked by no special liking for or dislike of something.” (And in case you were wondering, when indifferent is used in this sense it is typically followed by the preposition to, rather than of.)

From the sense of “having no special liking or dislike” the word took on some additional meanings, many of which are closely related; it can be used to mean "apathetic,” “moderate or average” (in size of quantity), “mediocre or unimpressive” (in quality), or “not very good.”

When one spends too much time examining the myriad senses that many of our English words can have it can become confusing, and leave people worried that no matter which meaning of a word is chosen it will in some way be wrong. Relax. In most cases the intended meaning of a word will be made readily apparent through the context in which it is used. Very few of us have much trouble distinguishing between the intended meanings of this single word when it is used in the following two examples: “he was a fair and indifferent critic” and “she found herself curiously indifferent to his courtship.”

Indifferent may have a range of meanings, but at least these meanings are not antonymous (such as is the case with cleave, which can mean “to adhere firmly and closely” or “to split”). The path travelled by indifferent is more like that of the word uninterested; when this word first began to be used it had the distinct meaning of “not biased,” and then changed its mind and began to be used in the sense that is most common today, which is “not having the mind or feelings engaged.” It is notable that many people feel extremely passionate about what is the “correct” meaning of uninterested (and in disinterested as well), while there has been no discernible outcry over the fact that indifferent has changed its meaning in an almost identical fashion. We are collectively not at all uninterested in the semantic drift of uninterested, yet are completely indifferent to the changes in indifferent; yet another of the endless mysteries of the English language.