There's nothing uninteresting about the history of these two words

When the usage panel for the 1985 edition of the Harper Dictionary of Contemporary Usage was asked whether they chose to distinguish in meaning between disinterested and uninterested, they responded with gusto. Isaac Asimov declared “I’m very proud of knowing the distinction and insist on it, correcting others freely." Not to be outdone, Anthony Burgess announced that “This is one of the worst of all American solecisms and it makes me boil." 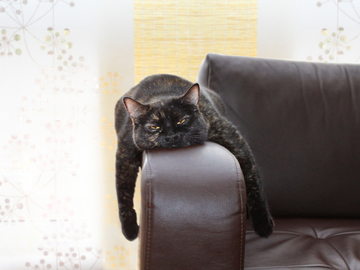 There are a number of fiercely committed individuals who care very deeply about maintaining the distinction between disinterested and uninterested. These are two distinct words, but if there's confusion about them, it exists for good reason: each word started out with the opposite meaning that it holds today.

Original Meanings of Uninterested and Disinterested

The earliest record we have for uninterested is from 1629, where it was used to mean "not biased":

‘Tis true Moramante, I am come to discover Love’s secrets but more to trust, than to suspect: and I have found here so uninterested a Counsellor, as he asks nothing but words to gratifies him; and he hath answered me so fitly, as if he had studied my cause before.
Walter Montagu, The Shepheard’s Paradise, 1629

Meanwhile, the first known use of disinterested, in 1612, shows the word being used to mean "not interested." The Oxford English Dictionary cites John Donne's use of the word this way in the early 1630s: "If there be cases, wherein the party is dis-interested, and only or primarily the glory of God is respected and advanced, it [suicide] may be lawfull."

The word does not appear to have taken on the sense it commonly has today for several more decades, at which point both dis and uninterested were used interchangeably for some time. A French-English dictionary from 1684 translated the word desinteressé as both disinterested and uninterested. Samuel Johnson recognized both the "lacking bias" and "not interested" meanings of disinterested in 1755; in 1828, Noah Webster did the same thing. Webster added that disinterested "is more generally used than uninterested," which is still true—and which may explain why it's so often used in uninterested's place.

The tangled history of these two words does not mean that they have not grown together to such an extent as to be semantically indistinguishable; there are differences between them. For one thing, while disinterested may often be found used in the sense of either “lacking bias” or “lacking interest," uninterested has pretty much found a single meaning and stuck with it. You are unlikely to encounter uninterested being used to mean “lacking bias."

For those who love to declare that our language is in an eternal state of decline, and that the kids these days just don’t care about the difference between disinterested and uninterested—well, the printed record shows there's still a distinction observed between these two words. A distinction that does not reflect their original meanings.

It’s taken us about 400 years, but we’ve finally gotten around to distinguishing between these two words.