'Wholistic': A Natural Evolution Of 'Holistic'

Although not fully accepted by some, and used considerably less than holistic, wholistic is not, in fact, wrong. (If you were here to have us affirm your anti-wholistic bias, we apologize.) It's even nearly the same age as its sister word, appearing as a variant shortly after holistic became standard in the English language. 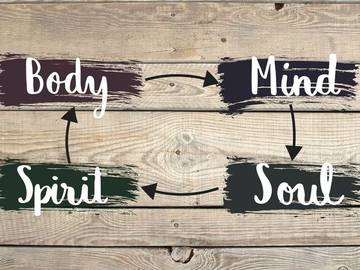 'Holism': the tendency in nature to form wholes that are greater than the sum of the parts

Holistic was coined by South African soldier and statesman Jan Christian Smuts in the 1920s as a philosophical term. Smuts, who—aside from war and politics—was a student of natural science, used the term to describe his complex philosophy regarding the organization of nature. Viewing the universe in terms of "wholes"—that is, organisms and systems instead of molecules and atoms—he derived holism from the Greek word holos, meaning "whole." In his 1926 book Holism and Evolution, he defines holism as "[the] tendency in nature to form wholes that are greater than the sum of the parts through creative evolution."

Smuts' philosophy was quickly adopted into other fields, such as medicine, where it influenced the development of methods that treat a patient as a "whole person," rather than focusing too narrowly on single symptoms. In short time, a "w" was attached to holism and holistic, probably as a result of the similarity between the root hol- and the word whole, which are essentially the same thing.

Equally significant is the relative obscurity of the Greek root, which appears in only a handful of familiar words besides holism, such as holocaust and hologram. (And even in those words its suggestion of "wholeness" is not obvious.) In this light, the formation of wholistic seems a natural, if not inevitable, step in the evolution of holistic.

The argument that wholistic is somehow a corruption of holistic doesn't really accord with other word histories. Take the word whole itself, for instance. It developed from Middle English hool, but the added w doesn't influence its meaning. The history of English is full of such alterations, and once they have become established, they—pardon us— become part of the whole.

Today, holistic and wholistic are sometimes used interchangeably. Holistic, however, is far more common in academic and medical writing. Having whole as a base, wholistic is often used by writers wanting to emphasize the entirety of something:

See a financial planner to get a wholistic assessment of your finances and clarify your priorities and goals.
— Liz Frazier Peck, Forbes.com, 19 July 2017

The nonprofit's goal, [Al] Barsema said, is a "wholistic" approach. "We spell it (with the 'w') because we look at the whole person" and his or her needs, be it addiction recovery, treatment for mental illness, transportation, housing or a combination of those, he said.
— The Sunday Telegram (Massachusetts), 26 Mar. 2017

She approaches animals and produce from a wholistic perspective, not just a means of cutting costs. "I feel like my style is very Old World cooking," Williams said, recalling the need of her ancestors to use the entire animal body to survive with limited means.
— Michigan Daily (University of Michigan), 13 Feb. 2017

The variant wholism, on the other hand, is rare. Its lack of use may be due to the technical nature of -ism words, which often refer to an established theory, doctrine, or medical condition. When the variant is encountered, it is often in a scientific context.

We are the first generation to have consciously experienced a global oil crisis, a global pollution problem. We have lived through Chernobyl, a dramatic lesson in global oneness. Scientific 'wholism' has been taken to its furthest point by David Bohm, Professor of Theoretical Physics at Birkbeck College, London. In Wholeness And The Implicate Order (Ark, pounds 2.95) he postulates ...
— Walter Schwarz, The Guardian (London), 28 Oct. 1986

Although these "w" variants are etymologically deceiving, they tend to be handy in conveying a meaning of "wholeness." And for writers who like to indulge in wordplay, they may be fun substitutes for the formal holistic and holism.