Where Does 'Run-of-the-Mill' Come From?

Run of the mill is an adjective meaning "average" or "not outstanding in quality or rarity." Run-of-the-mill first began as a term for manufactured goods that had not been graded or sorted for quality and later was used in its current figurative sense.

This article isn't your run-of-the-mill timewaster. Nope, it's an enlightening peek into one corner of the inner workings of the English language lexicon, and specifically into that phrase we just used: why do we say run-of-the-mill? 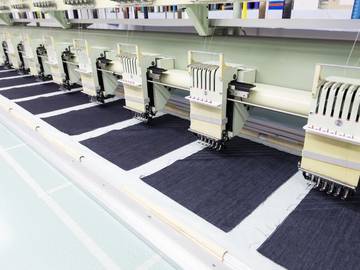 Looks fine to us, but of course we're not quality control professionals.

Origins of "Run of The Mill"

The term run-of-the-mill has been in use since the early 20th century with the meaning "not outstanding in quality or rarity," "average, ordinary." It's an adjective that modifies nouns: we have run-of-the-mill problems, a discerning customer doesn't want a run-of-the-mill sofa, etc.

But before it was an adjective, run-of-the-mill was a noun referring to manufactured goods not graded or sorted for quality—that is, a mill's products before they've been separated according to what will sell for how much. That use dates to at least the 1870s and became more common in print as the 20th century settled in:

The figurative use we know so well today was fully established a short time later:

The oldtime stars of the faculty … were surrounded and succeeded by run-of-the-mill instructors.
— Time, 23 June 1928

That may be golf, but Hagen doesn't play it or talk about it along those lines. Sir Walter was playing with a run-of-the-mill amateur not so long ago.
— John Kieran, The New York Times, 13 May 1929

… and I went to work and told them I just knew Jim would rather be buried in my best casket than in some ordinary run of the mill one …
— Margaret Mitchell, Gone With the Wind, 1936

The run in run-of-the-mill is a noun—specifically the noun as it's defined at sense 5 of this dictionary: "the quantity of work turned out in a continuous operation." Modern readers are likely most familiar with its use in publishing, as in "a press run of 10,000 copies."

Similar Phrase: "Run of the Mine"

The same run exists in a very similar term that's been largely relegated to the coal bins of history, which may be fitting:

The miners employed at the Anderson mines agreed today to go to work at 28 cents a ton for run of the mine coal.
— The New York Times, 20 Mar. 1894

That's right: run-of-the-mine dates to the same era, and also has both literal use (as above, referring to mined material that hasn't been graded) and figurative use:

We admit them good ball teams with good managers and a credit to the game. But they are run of the mine, the common or garden, the commonplace, the everyday.
— The New York Times, 22 July 1919

Although it may be unfamiliar to many readers, run-of-the-mine does still enjoy some use:

We don't know definitively why run-of-the-mill became the favored term, but it seems reasonable to speculate that it's because manufacturing mills have historically been near larger centers of population than mines, making the language associated with them more familiar to more people. It's a run-of-the-mill sort of guess, but it makes sense.