Revealing What Rhymes with 'Orange'

The words are imperfect and technical, but they work.

A handful of words form half rhymes with orange (using the latter half of the word), including hinge, cringe, and impinge. However, sporange, the botanical structure that creates spores, is an existing word that forms a near-perfect rhyme with orange. 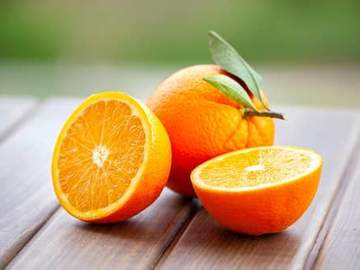 The word orange is notorious for being un-rhymable. The rhyming sound of a word is determined by its sound from the vowel in the last stressed syllable to the word's end. Orange can be pronounced either as a two-syllable word (\AR-inj\ or \OR-inj\) or a dialectal one-syllable word (\ARNJ\ or \ORNJ\). Thus, as a two-syllable word with the stress on the penultimate syllable, it requires at least a two-syllable word to rhyme with. And, indeed, there is an obscure one that rhymes with orange that your grade-school teacher and parents did not tell you about (because odds are they, like many others, were unaware of its existence). We'll get to that word after a few words about a different way to rhyme with orange.

Language experts consider words with the same sounding final syllable as constituting a special kind of rhyme. Thus, orange can be rhymed, imperfectly, with one-syllable words having a final \j\, as in hinge and cringe, and with two-syllable words ending in that sound, such as impinge, challenge, and lozenge. The result of matching such words with orange is called half rhyme, sometimes also called near rhyme, slant rhyme, or oblique rhyme. In a half rhyme, the words correspond only in their final consonant sounds, and not in a preceding vowel sound. Although they aren't referring to this literary device by name, both rapper Eminem and billionaire Elon Musk have presented an example of it in their challenging of the idea that there is no word that rhymes with orange.

EMINEM: Yeah. It's just in the enunciation of it. Like, people say that the word, orange, doesn't rhyme with anything … I can think of a lot of things that rhyme with orange.

ANDERSON COOPER: What rhymes with orange? I'm trying to think but I can't think of anything.

EMINEM: If you take it—if you're taking the word at face value and you just say orange, nothing is going to rhyme with it exactly. If you enunciate it and you make it like more than one syllable—

EMINEM: —Orange, you could say like, I put my orange four-inch door hinge in storage and ate porridge with George.
— CBS News, 7 Oct. 2010

Of course, the two-word term door hinge does not form a true rhyme with orange, but half of it can be used to create a half rhyme with the name of the citrus fruit.

A Word That Actually Rhymes with Orange

Sporange (\SPOR-anj\) is the name for the structure within which spores are produced, and this technical word comes closest to forming a perfect rhyme with orange. We think that you can forgive your teachers and parents for not telling you about it. And, honestly, its botanic quality makes it all but useless as a rhyming word with orange in the realm of poetry (but it would be a great ace up your sleeve in a rhyming game).

So, rhymers, if you are so inclined to end a line of a couplet with orange, there are options. Many words can be conceived to make a half rhyme, or there is always sporange. Though you might have an easier time contemplating half rhymes rather than how to end a line with sporange.