Who Has the 'Bandwidth' These Days?

Fitting a new definition into a busy schedule

Some technical words manage to break free of their semantic bounds, take on figurative meanings, and flourish in the general language. Telescope began as a kind of optical instrument, but over time has taken on additional meanings, including the verb sense meaning “to compress or condense." Other technical terms, such as electrocardiograph, have unfortunately failed to break out into any wider figurative use. One word with a burgeoning second sense is bandwidth. 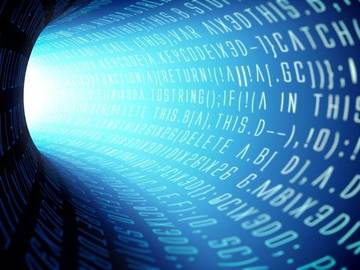 The term has broadened from "data capacity" to "personal capacity."

Bandwidth is more similar to telescope than to electrocardiograph; it entered our language allied closely with science and technology, but which is gradually branching out into non-specialized use. The earliest uses of this word, coming in the late 19th century, carry the meaning “a range within a band of wavelengths, frequencies, or energies.” The word appears to have been applied initially to light waves, and subsequently to radio and television.

Since the displacement of any band system increases as the wave length, or band width, decreases, it follows that du and dw have opposite signs, and hence the abnormal displacement increases the normal effect of the interposed plate.
— Thomas Preston, The Theory of Light, 1890

Most people who began using bandwidth in the 1990s or later employ it primarily in the sense given by our second definition: “the capacity for data transfer of an electronic communications system.” While this word came to prominence through use to describe data transfers over the Internet, we do see its use in this manner prior to the 1990s.

There also had been a lot of advance notice that the MTS process would not make it through “limited bandwidth” cable TV decoder boxes, but lo and behold, it comes through my system (South Philadelphia’s Dimension Cable) just fine.
— Jonathan Takiff, _Philadelphia Daily News, 12 Aug. 1985

Once bandwidth had broadened to include ‘data capacity’ in its meanings, it took not much time at all for data-driven types to begin using it to describe their own capacity (or lack thereof) for doing things.

My goal is to increase my bandwidth as a consultant and to offer to those individuals who have no track record in the industry (but do have the "right stuff" ) the opportunity to break into an industry with very high barriers.
— usenet group rec.games.programmer, 4 Apr. 1995

Well Lee Olson is a hunt and peck kinda guy on a keyboard. I’m really slow, so my bandwidth is very narrow. But if I add audio and video it would increase.
— Lee Olson, The Australian Library Journal, 1 Feb. 1995

I'm a busy guy. Always. So don't waste my time. Don't waste my bandwidth, either. If you have nothing important to say, keep it to yourself.
— Thom Stark, Boardwatch, Nov. 1999

Time will tell whether this figurative sense of bandwidth is restricted to meaning “availability or capacity for something,” or if it will take on additional shades (such as “capacity for dealing with the nonsense of others”).