What does 'ICYMI' mean?

In case you missed it, a new abbreviation is out and about: ICYMI. It's what people say – or type, rather – when they want to point you in the direction of something interesting or enlightening that's available for your perusal online – in case you missed it. 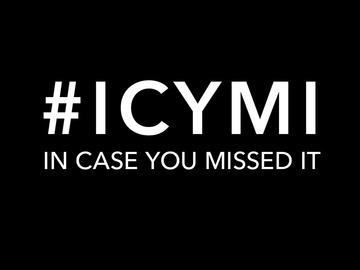 It's a popular hashtag on Twitter, where its concision has obvious appeal because of the 140 character limit, but it has a presence in all kinds of social media and is increasingly common in the headlines (and copy) of traditional media too.

By the way, we're not aware of anyone trying to pronounce ICYMI as a word – which might sound something like \EYE-see-mee\ or \ISS-uh-mee\ – so it doesn't qualify as an acronym. It's instead an abbreviation, or more specifically, an initialism.

Have any other acronyms or initialisms you’d like us to research? Let us know in the comments!