A food coma is a colloquial term for the sleepiness or drowsiness that follows a large meal, often the Thanksgiving feast. This occurs because the body has to divert blood and energy towards digestion in lieu of other functions.

You've just finished a delicious Thanksgiving dinner and, frankly, you're stuffed. You're thinking of taking a walk after clearing the table … but all of a sudden the couch is more comfortable than you've ever noticed before. The next thing you know, you're waking up hours later, refreshed and ready for pie. It's a common occurrence, and a sign that you've achieved the unwritten Turkey Day goal: the food coma. 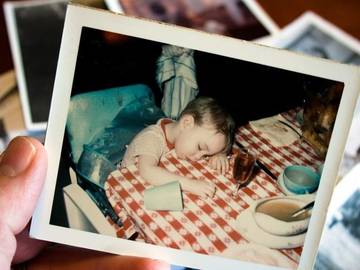 Does Turkey Make You Sleepy?

Turkey does indeed contain tryptophan, which has been attributed to increasing serotonin levels in the brain and, in turn, causing feelings of relaxation and sleepiness; however, the amount that one might consume at the feast is not enough to induce sleepiness. Turkey has no more of the amino acid than chicken, beef, nuts, eggs, or cheese. It is the turkey in addition to the loads of carb-rich gravy-drenched sides, followed by plural desserts (not to mention, libations and hours of travel) that has been known to bring on the drowsiness.

Thanksgiving is probably my favorite time of year. And while hosting a dinner for a large group is a lot of work, the lasting memories created always make the effort worthwhile. By this time, you've no doubt recovered from your food coma and, after eating all the leftovers, don't want to see anything that resembles turkey anytime soon.
— Greg Morris, The Indianapolis Business Journal, 30 Nov. 2015

Why Do food Comas Happen?

According to print evidence, the term food coma (coma comes from a Greek word meaning "deep sleep") is a 1980s coinage and refers to the drowsiness that occurs when a large amount of food is consumed and the body has to work hard to digest it. This entails diverting blood and energy flow from other bodily functions for digestion, which makes one feel lethargic. You will know you're about to experience one if you have the following symptoms after ravenously indulging at a feast: sleepiness, unbuttoning-the-pants fullness, and regretfully repeating "I ate too much" or "I can't believe I ate that much" while yawning.