Talk to you later 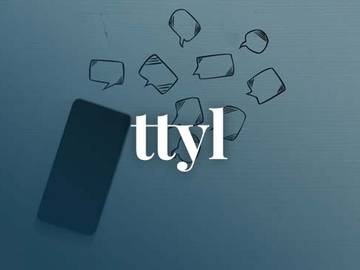 What does ttyl mean?

The initialism ttyl stands for "talk to you later."

Where did ttyl come from?

Popularized in Internet chat forums, ttyl is one of a host of abbreviations that sprang into widespread use in the 1980s and 1990s. Although such shortenings are often decried as indicative of intellectual decline in the modern age we have been employing these forms of shorthand for a very long time. Some, such as OMG, date back to the early 20th century, while others, such as RIP have been in use for hundreds of years.

How is ttyl used?

Do not use text slang of emoticons in your email. You may have an excellent email ready to send to an employer, but the professionalism will be lost if you end it with a “ttyl” or :).
— Albuquerque Journal (Albuquerque, NM), 30 Jul. 2017