'Weary' and 'Wary': Use With Caution

Beware of the difference.

Wary describes something "marked by keen caution." One can be a "wary driver" for example, or can be "wary of driving." Weary, on the other hand, means "exhausted in strength of emotion." To keep them separate, remember that wary sounds like other caution-related words like aware and beware.

While you might grow weary of our usage articles, it's important to be wary of bad advice. So we recommend you pay attention to this one. 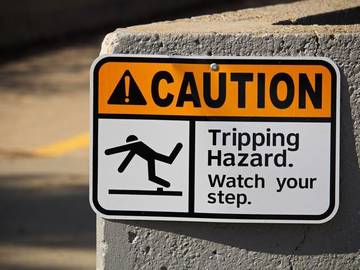 In language, as in life, be careful.

While Irma's exact path is uncertain, wary shoppers stood in long lines outside some stores Tuesday in Florida as residents prepared for the storm.
— MyFox8.com, 6 Sept. 2017

Wary can be used in front of a noun, as in "wary drivers navigating an icy road," but it is often followed by a preposition such as of or about:

A resident of Penn South, Ben Friedman, expressed his concern for the upcoming holiday season. He said there are a lot of people in the city during the season, and everyone should be wary of pickpockets.
— Scott Stiffler, Chelsea Now, 31 Oct. 2017

It's also sometimes used in combination for when you want to indicate caution in regard to a particular thing:

Having to change dollars into foreign currencies may well be the most tedious part of international travel, but it also that means that budget-wary travelers can save a lot just by keeping an eye on how the American dollar fares against other currencies.
— The Huffington Post, 6 Dec. 2017

Weary means "exhausted in strength, endurance, vigor, or freshness," as in "weary workers heading home after a long shift." Like wary, weary can also be used in front of of. In this sense the word means "having one's patience, tolerance, or pleasure exhausted," with the source of that exhaustion being the object of the preposition:

In Grove Hall, which straddles Roxbury and Dorchester, residents are also beset by large potholes and litter piling up in a field next to a deteriorating post office. Residents who call City Hall for repairs soon grow weary of the slow grind of bureaucracy, so they endure, advocates said.
— Meghan E. Irons, The Boston Globe, 4 Mar. 2018

Wary and weary sometimes get confused, and the fact that one can be wary of something as well as weary of it is likely where the root of that confusion lies. To be alert to a thing means something different from being exhausted or made impatient by it.

One way to keep these two adjectives distinct might be to remember that the e-less wary, with its connotation of vigilance or alertness, is related to aware and beware, two words that share that connotation.

Weary, meanwhile, might suggest a "wearing away" of the body (or emotions) due to fatigue, even though that word is not related etymologically to the sense of wear meaning "to cause to deteriorate" to "to consume or waste gradually." But it sure looks like it, and that's what counts in a mnemonic.

In summary: Both weary and wary are short words, they differ in but a single letter, and each might describe one's feelings for a dinner invitation. Remember: only one of these words has an e in it, and that is the one that means "tired."