Unmoral refers to those having no moral perception. It is best used for animals or inanimate objects incapable of considering moral concerns, but can also be used for humans lacking the same. Immoral refers to a conscientious rejection of typical moral standards and has a connotation of evil or wrongdoing. Nonmoral describes actions that are not usually subject to moral concerns, such as which shirt to wear. Finally, amoral implies an awareness of moral standards, but a lack of concern for them while acting.

Moral derives from the Latin word meaning "custom" that also gave English mores, which refers to customs, values, and behaviors that are accepted by a particular group. As an adjective, moral describes people or things that follow accepted customs or behavior. For example, a person's moral obligation is to do what is right, and a moral lesson is one that teaches what is right. As a noun, moral refers to a lesson learned from a story or an experience ("the moral of the story is to be satisfied with what you have"); plural morals denotes the proper ideas and beliefs about how to act or behave, as in "a person with no morals" or "the company's actions demonstrate a lack of morals."

Common offshoots of righteous moral are unmoral, immoral, nonmoral, and amoral, and they are not innocent; in fact, they are mischievous. A couple of them have specific meanings that not everyone is aware of, which cause misuse of the words, and a couple are sometimes confused with each other. Consider this article a lesson on the meaning and usage of these negatively-prefixed words that are similar but not the same. 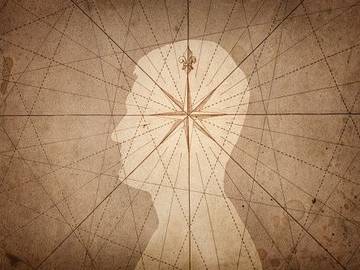 Let this be your 'moral' compass.

Unmoral is the first of the gang to be recorded in English writing, in the early 17th century. Having the prefix un-, meaning "not," the word denotes "having no moral perception or quality" (e.g., "the unmoral, critter-killing feline") or "not influenced or guided by moral considerations" ("unmoral, greedy corporations"). Unmoral can also mean "lying outside the bounds of morals or ethics," and in this sense it is synonymous with amoral. All in all, the question of morality is irrelevant to that which is called "unmoral," so the adjective is the right choice when describing nonhuman or inanimate things incapable of understanding right and wrong. But by extension, unmoral is also used for people who seem deprived of human moral perception.

"Many young people today are unmoral rather than immoral," Judge Leahy explained 72 years ago. "Because they have been reared in homes with such low standards of marriage and family behavior, they actually don’t know right from wrong."
— Gary Brown, The Repository (Canton, Ohio), 9 July 2018

The negative prefix im- connects with moral soon after the formation of unmoral. Immoral describes a person or behavior that conscientiously goes against accepted morals—that is, the proper ideas and beliefs about how to behave in a way that is considered right and good by the majority of people. Immoral connotes the intent of evilness or wrongdoing, and it is a true antonym of moral.

Decades, centuries, go by before moral is linked to another negative prefix, non- (in the 19th century). Nonmoral has the specific meaning of "not falling into or existing in the sphere of morals or ethics." Thus, a nonmoral act or action is not subject to moral judgment because morality is not taken into consideration. Spilling milk is a nonmoral act, and although you might be judged by the clothes you wear, your decision to wear them is nonmoral.

So in another part of the survey, we asked about basic cognitive faculties, like executing voluntary movements and object recognition…; about nonmoral personality change, like extroversion, sense of humor, creativity and intelligence….
— Nina Strohminger and Shaun Nichols, The New York Times, 23 Aug. 2015

"With recent changes in policy and changes about the way American adults are reporting how they think about marijuana—as less judgmental, as a nonmoral issue—we were curious about what's happening with youths," said Chris Salas-Wright, a UT social work professor and the report's lead author.
— The Austin (Texas) American-Statesman, 25 Sep. 2018

Amoral appears in the late 1800s. The prefix a- means "not" or "without," as in atypical or asymptomatic. The dictionary definition of amoral is "having or showing no concern about whether behavior is morally right or wrong"—compendiously, "without morals." For example, an infant, unlearned in what is right and wrong, is amoral; someone who lacks the mental ability to understand right or wrong due to illness might be described as amoral. These are illustrative examples, however; amoral can be used to describe any person, or his or her actions, who is aware of what is right and wrong but does wrong anyway and responds indifferently about it.

… if you hooked him up to a lie detector test, he could say one thing in the morning, one thing at noon, and one thing in the evening, all contradictory and he would pass the lie detector each time. Whatever lie he is telling at that minute, he believes it. But the man is utterly amoral. Morality does not exist for him.
— Ted Cruz, quoted in The Examiner (Washington, DC), 3 May 2016

Additionally, amoral means "being neither moral nor immoral," or specifically "lying outside the sphere to which moral judgments apply."

It's almost a truism, art is amoral. Art doesn't care about morality. Art may have to deal with morality, but art in its own marshaling of the materials given to it is only looking for art. It's looking how to make an effect, an impact.
— Henry Bean, NPR, 27 Sept. 2001

The moral of this article is unmoral is reserved for things (and sometimes people) incapable of understanding right and wrong. Immoral describes people who can differentiate between right and wrong but intentionally do wrong anyway. Nonmoral is used when morality is clearly not an issue, and amoral implies acknowledgment of what is right and what is wrong but an unconcern for morality when carrying out an act. Confusion of these words might be regarded by some people as a moral offense so heed this lesson.