We're guessing that at some point in your grammar-school days, you were told that using the phrase "the reason is because" was redundant. And, by a certain look at the definition, it is. But we're here to say that you shouldn't be scolded for or feel any qualms about using the phrase. 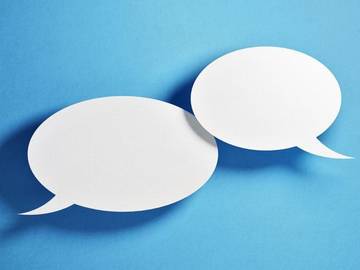 However, the majority of people are acutely sensitive to the apparent redundancy and would not construct a sentence like the latter. The fact is because does not always mean "for the reason that." It can also be understood to mean "the fact that" or simply "that." With either of these meanings substituted in the phrase, the phrase "the reason is because" makes sense and is not necessarily redundant. Clearly, the many writers who have used and who continue to use this phrase do not feel it to be redundant—and we agree, especially since it appears in the letters and formal prose of many literary writers, among them, Francis Bacon, Jonathan Swift, John Adams, Robert Frost, Ernest Hemingway, and E. B. White.

The Reason was, because the Religion of the Heathen, consisted rather in Rites and Ceremonies, than in any constant belief.
— Francis Bacon, Essays, 1625

The reason I tell you so is, because it was done by your parson….
— Jonathan Swift, Journal to Stella, 14 May 1711

The reason is because it is of more importance ... that innocence should be protected than it is that guilt should be punished.
— John Adams, final argument in defense of the British soldiers involved in the Boston Massacre, 1770

If the fellow who wrote it seems to know more of my goings and comings than he could without complicity of mine, the reason is because he is a lovely old boy and quite took possession of me while I was in Boston.
— Robert Frost, letter, 22 Mar. 1915

The reason every one now tries to avoid it, to deny that it is important, to make it seem vain to try to do it, is because it is so difficult.
— Ernest Hemingway, Green Hills of Africa, 1935

(You may have noticed that in the more modern examples, reason is separated from the because clause by intervening matter, sometimes quite long. In the older examples reason is more frequently found right next to because. It seems the separation is done to improve readability; because, in its position later in the sentence, becomes a signal word to the reader telling him or her that what follows is the "reason" mentioned previously.)

The second argument against "the reason is because" tries to attack the grammatical soundness of the phrase, claiming that "the reason is" requires a descriptive clause beginning with that because of the linking verb be—which, grammatically, connects a subject to the description following. Using our ongoing ice-cream example, "The reason I ordered vanilla is that I like it," "that I like it" is the descriptive relative clause. However, since because shares the same meaning as conjunctive that "The reason I ordered vanilla is because I like it" is also acceptable, if that's your preference.

Sentences of the form "If you're tired, it's because you stayed up all night playing video games again" are certainly recognizable as standard English. If because can refer to a pronoun like it or to the also common this or that ("this/that is because"), there is no logical reason it should not refer to a noun like reason. Thus, the grammatical objection to "the reason is because" doesn't hold up.

I don't know if I ever told you about it, but the reason why I left England was because I was sent over by my Aunt Agatha to try to stop young Gussie marrying a girl on the vaudeville stage….
— P. G. Wodehouse, "Leave It To Jeeves," 1916

"Within five minutes, I said, 'I could do this show. I could like doing this show.' And the reason why is because I get to play an extended version of myself, which is great. I get to do live sketches in front of a live audience."
— Billy Crystal, quoted in The Gwinnett Daily Post, 1 Apr. 2015

In sum, "the reason is because" has been attested in literary use for centuries. If you aren't comfortable using the phrase, or feel that it's awkward, don't use it. But maybe lay off the criticism of others—there's really no argument against it. The phrase may grate on your nerves (along with "the reason why is because"), but it puts people who apply it in some very distinguished literary company.