The nouns precedence and precedents are homophones and, like many similar-sounding words before them, have inevitably been confused. 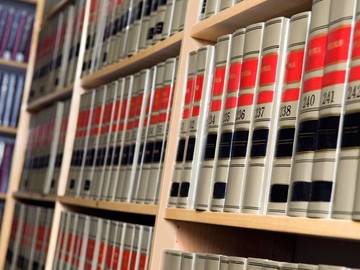 Allow us to set a precedent on dealing with them.

Originally, this wasn't an issue because the words were used synonymously. It's suspected that precedence may have come about as an error for the plural of the earlier noun precedent, meaning "something done or said that serves as an example or rule." In modern use, however, each word has distinct meaning, and each is often found in distinct collocations. Knowing what words are arranged with each homophone is useful in making sure you're choosing the right one.

Perhaps partly influenced by French précédence, meaning "priority" or "pre-eminence," English precedence began being used in the late 1500s in senses relating to order and rank. Specifically, it came to denote priority of importance, or the superiority of rank at a ceremonial or formal social gathering—for example, guests at a banquet might be introduced or seated "in order of precedence." Idiomatically, precedence is often used with the verbs take, have, or give. Family matters can be said to "take/have precedence" over one's job, for instance; or a piece of legislation might "give precedence" to big business.

On the other hand, the noun precedent is frequently used in the phrase "to set a precedent," meaning "to set an example or rule to be followed." The word is often used in legal contexts, where it denotes a judicial decision that should be followed by a judge when deciding a later similar case. When something contradicts an established precedent or prevailing custom or practice, it is said to "break with precedent" or "go against precedent." Another common collocation is "without precedent" in reference to something not supported by a prior example or ruling. More commonly, something said to be "without precedent" is unprecedented. Both unprecedented and precedented appear in the English language in the 17th century.

This was never done by the Parliament here, much less ought the Assembly to assume the power of Disposing of such stores as had been sent over by Her Majesty, which is such a presumption as is unpresidented in any other Assembly in America, and therefore the Council were very much in the right not to agree to the same.
— Documents Relative to the Colonial History of the State of New-York, letter, 13 Nov. 1711

By such a provision a dangerous president is introduced.
— John Milton, A Soveraigne Salve To Cure The Blind, 1643

Those spelling variants have since fallen into disuse. Today, president familiarly refers to a head of a country or organization. It is etymologically distinct from precedence and precedent—being derived from the Latin present participle of praesidēre, "to preside over"—and is pronounced differently, having a \z\ at the start of the second syllable.

Except for maybe falling victim to a mistaken autocorrect or auto-complete, we're confident you won't mix them up. However, we are aware that the similarity in pronunciation of precedence and precedents has led to some misuse of the words. If in doubt, check a dictionary—or keep in mind that, alphabetically, precedence ranks first and has meanings relating to rank and priority of importance. On the other hand, precedent refers to something that has been set as an example to follow. Perhaps, the "t" in set can help you recall the correct word.