'Conscience' vs. 'Conscious': Let Us Be Your Guide

Though they sound similar, conscience is a noun referring to the awareness that one's actions are right or wrong, as in one's "guilty conscience," while conscious is an adjective meaning "awake" or "alert." If you were asleep you would be "unconscious." To keep them straight, remember to stay conscious of what your conscience is telling you to do.

As conscientious lexicographers, we are conscious of the occasional mix-up of the words conscience and conscious. Here are some examples that caught our attention:

The stones are an iconic part of Roman history. … Some tourists have been known to wrongly remove them from the street and take them home as a souvenir. Two years ago, a traveler with a very guilty conscious mailed back a stone they had stolen on vacation a year earlier, writing, "Please find enclosed a cobble from one of your cobbled roads."
— Travel + Leisure, 20 June 2019

Covergirl is paving the way for larger and more well-known makeup brands to switch over to being cruelty-free…. Covergirl is not only affordable and a popular drugstore brand but now it comes with a clear conscious when picking their products off of the shelves.
— The Sonoma State Star, 13 Nov. 2018

Communication is a fascinating and important topic. Be sure that you are clearly communicating by being conscience of your body language.
— Forbes, 26 Feb. 2013

As the price of electricity continues to rise, homeowners are looking for ways to cut energy costs without sacrificing comfort or convenience. And many cost-conscience homeowners are considering solar panels, which convert the sun's energy into clean electricity.
— Popular Mechanics, 27 Jul. 2019

If you stopped to double-check if conscience or conscious was actually being used incorrectly in any of the above examples, this article will help you to readily differentiate the words and use them with confidence in the future—since, honestly, there were no trick examples. And if wrongly using conscience in place of conscious, or vice versa, has never been on your conscience, we encourage you to read on anyways. We discuss word history and grammar, and an orthopteran insect. 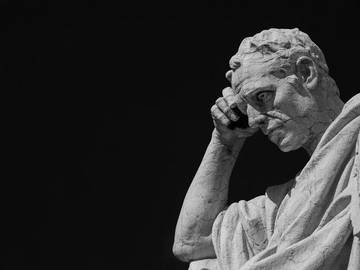 It's our moral obligation to help.

Conscience and conscious derive from the same Latin roots—the prefix com- ("with," "together," "jointly") and the verb scire ("to know"), and the combination, conscire, means "to be aware of guilt"—and both relate to a state of awareness, the first of a moral awareness and the second of a physical or mental wakefulness in which a person is aware of their surroundings. English speakers are first made aware of conscience in the 13th century, and conscious in the 16th.

Conscience and conscious have similar pronunciations, which, for some, causes confusion. (Their first syllables are pronounced the same, and they both contain a middle \sh\ sound.) For those who hesitate on which to use, learning the words' suffixes and their meanings and also the words' parts of speech might be the best approach in differentiating them. Conscience, having the noun suffix -ence, meaning "quality or state," is, well, a noun, and conscious, having the adjective suffix -ous, meaning "having," is an adjective.

What Does Conscience Mean?

The noun conscience refers to a state of awareness or a sense that one's actions or intentions are either morally right or wrong, along with a feeling of obligation to do the right thing. Cartoons often personify the conscience as a proverbial angel/devil pair who talk into the ear of an indecisive character, encouraging him or her to follow either a path of moral virtue or of moral corruption. In the Walt Disney movie Pinocchio, metaphorically, the conscience is the dapper talking cricket, named Jiminy Cricket, whose maxim "always let your conscience be your guide" he teaches the title character, a marionette who is magically brought to life and becomes a real human boy after proving himself brave, truthful, and selfless (after listening to his conscience). Some examples of the noun conscience are:

You should decide what to do according to your own conscience.

Her conscience was bothering her, so she finally told the truth.

I cannot do anything that is/goes against my conscience.

He could not in good conscience allow this situation to continue.

I have to tell you the truth because I don't want this on my conscience any longer.

What Does Conscious Mean

Conscious, on the other hand, is an adjective that indicates that a person is awake and alert and able to understand what is happening around them, such as a patient who becomes fully conscious after being administered anesthesia. It can also imply that a person is aware of a particular fact or feeling, such as an investor who is conscious of risk or athletes who are conscious of being role models for young people. Another common meaning of conscious describes a person who cares about something specified, such as the cost-conscious shopper and the environmentally conscious activist. Additionally, conscious can modify an act or decision that is done deliberately (and one that might very well result in conscious guilt or a guilty conscience).

Hopefully, you are now fully (or at least semi-) conscious of the differences in using conscience and conscious—the most essential one being that conscience is a noun and conscious is an adjective, which describes nouns. Keep in mind that whenever you are in a difficult situation, you should be conscious about what your conscience is telling you. Your conscience will help you make moral, just, and fair decisions. As for remembering the spelling of the noun: conscience contains the word science (also a noun), and as science tells us how the forces of nature and the universe behave—or should—the conscience tells us how we should behave—or should.