A Brief on 'Brief' and 'Debrief'

Brief as a noun can be any short summary, and can more formally be associated with legal and religious paperwork. Brief is a verb as well, meaning "to summarize" or "to give instructions." This last definition gave rise to debrief, which means "to question or get information from someone." People are often "briefed," given instruction, and later "debriefed" on how the instructions were carried out. 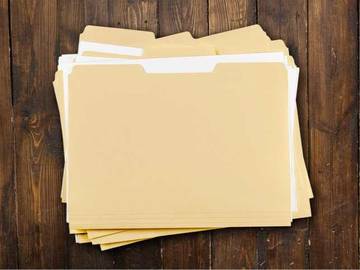 The Meaning and Origin of 'Brief'

The adjective and noun brief are from Middle English bref, a borrowing of an Anglo-French word referring to a letter or, more specifically, a writ indicating legal proceedings. The French word derives from Latin brevis, nominally meaning "summary" or "short document" and adjectivally "short." Fittingly, both English words denote shortness or conciseness—chiefly in speech or writing, or in regard to time (as in "a brief description" or "a brief visit"). Additionally, they both have been tailored as words for snug-fitting clothing that covers less of the body than is usual (e.g., "brief shorts," "bikini briefs").

As a noun, brief originally designated an official letter or mandate, especially a papal letter on matters of discipline, before being applied to a legal writ or precept. In a court of law, brief can also refer to a concise statement (or memorandum) of a client's case that is written for the instruction of an attorney, or to the formal written presentation of an argument that sets forth the main points regarding a specific motion or point of law with supporting precedents and evidence.

An amicus curiae must file its brief … no later than 7 days after the principal brief of the party being supported is filed
— Federal and Local Rules of Appellate Procedure, Rule 29

One of the ACLU's earliest and most important successes in establishing a liberty-based, individual speech right in the Court was Stromberg v. California. In its brief in that case, the ACLU argued that the "freedom of speech and of the press ... are among the fundamental personal rights and 'liberties' protected by the due-process clause."
— Morgan N. Weiland, The Stanford Law Review, May 2017

In general cases, the noun simply refers to a short statement or report of something, as in "a news brief," or, in British English, to a set of instructions regarding work to be done or areas of responsibility, as in "Her brief is to manage the company's sales department." Also, in informal British, brief is used to mean "lawyer":

"Get over here Riley, you've got a visitor." "A visitor?" Riley said. "Yes, your brief." Riley stood there … and Jackson added impatiently, "Your brief, your lawyer...."
— Jack Higgins, The President's Daughter, 1997>

'Brief' as a Verb

During the 19th century, brief began being used as a verb meaning "to make an abstract or abridgment of something" (as in "The law clerk briefed the client's case") or "to give information or instructions to someone" ("The president has been briefed by his advisers"; "The soldiers have been briefed about the mission"). Debrief, a verb referring to an act of interrogating or questioning someone about a job that has been done or about an experience in order to obtain information or intelligence, is first documented in the first half of the 20th century. Special intelligence officers might "debrief" hostages upon their return, for example, or ambassadors or other emissaries may be "debriefed" by the Secretary of State or the President. Although most often used in military or political contexts, debrief has civilian use.

Justine served as her hubby's caddie for his first two years on Tour, reluctantly giving up the bag only after she became pregnant. ... Before every tournament Justine still plots strategy with Patrick hole by hole, and afterward she debriefs him about errant shots.
— Alan Shipnuck, Golf, 9 Feb. 2015

'Debrief': The Opposite of 'Brief'

Debrief was especially popular during World War II. When bomber pilots were sent on a mission, they were given the essential information that they would need in a "briefing" session before takeoff. When they returned from their bombing raids, they were questioned about how the bombing went, what they saw, and what kind of opposition they encountered. This process was regarded by the military as the reverse of the briefing before the mission and so was called debriefing.