The Ruling on 'Amiable' vs. 'Amicable'

There's a general usage rule ... and an exception.

Despite their phonetic and visible orthographic difference, amiable and amicable are often easily confused in speech and writing. A factor that likely causes people to mistakenly use one for the other is that both connote friendliness in their meanings. Although they have this similarity, these "friendly" adjectives are applied differently. One is used to suggest friendliness exhibited by a person, and one is used to suggest friendliness between people or groups. If you're unsure which adjective to use in each case, read on. If you already have a grasp on the words, read on as a refresher but also consider this: do you know about the general rule on using these words and which word breaks the rule? 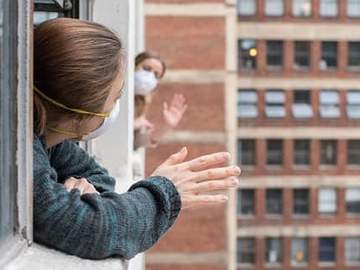 Even if you mix them up, we're sure they'll be pretty good-natured about it.

How to Use 'Amiable' and 'Amicable'

Amiable is synonymous with the adjectives friendly, sociable, and congenial, words that are commonly applied to people of such nature or disposition, such as "an amiable host/neighbor." Amicable is an adjective that is used to describe things that are characterized by friendly goodwill or that are peaceable (not quarrelsome), as in "amicable negotiations," "an amicable discussion/agreement," or "an amicable parting of ways." As a general rule, amiable is usually used for people and amicable for things like relations, interactions, or situations, and usage evidence strongly supports this distinction.

When reviewing actual use of these adjectives, we sometimes come across instances in which amiable is used when amicable is called for and vice versa. Take, for example, these quotations:

Similarly, someone may be a generally warm and amicable person but their involuntarily furrowed brows make them appear stern and unapproachable.
— Forbes, 27 Dec. 2019

As rivals for the Democratic nod, Biden and Klobuchar maintained an amiable relationship as they competed with similarly centrist messages.
— The Star Tribune (Minneapolis, Minnesota), 6 May 2020

Substituting the definitions of the words under discussion in these examples, one can see how amiable and amicable are mistakenly used. In the first, amicable is meant to be a modifier equivalent to warm (meaning "friendly" or "affectionate") but the word does not have a synonymous or related meaning; rather, it means "peaceable," which implies being polite or civil but not friendly. Amiable is the advisable word choice.

In the second example, amiable is used to modify relationship; however, the relationship is between competing rivals who show one another approval and support (goodwill) but have no evident desire to be friends or friendly. The relationship is amicable, not amiable. Following the person/thing rule, the stronger phrasings, respectively, in the examples are "a generally warm and amiable person" and "maintained an amicable relationship as they competed."

Our advice to avoid misuse is first to follow "the rule" for using amiable and amicable and, when in doubt, consult our dictionary. The rule works the majority of the time (the dictionary all of the time) with one exception. Amiable can also describe agreeable, uncontentious, or good-natured things, such as "an amiable comedy," "an amiable conversation," "an amiable personality," or "an amiable smile." In this sense, it describes things that have a pleasing quality; by contrast, things said to be amicable tend to have a dose of unpleasantness, as in "an amicable divorce."

In the end, one sure thing is amicable describes an interaction or situation that is characterized by a kindly feeling of approval and support or a desire not to quarrel but settle something in a peaceful manner. Amiable, for the most part, describes someone who is friendly but also something that is pleasant or pleasing in some way. We leave you with "the rule" and its exception along with this tip for deciding which word to use: if you need a word suggesting a "soft" nature or quality, amiable is your choice; amicable is the "harder" of the two (a notion symbolized by its hard c). In addition, amicable is synonymous with peaceable, which also has the letter c.